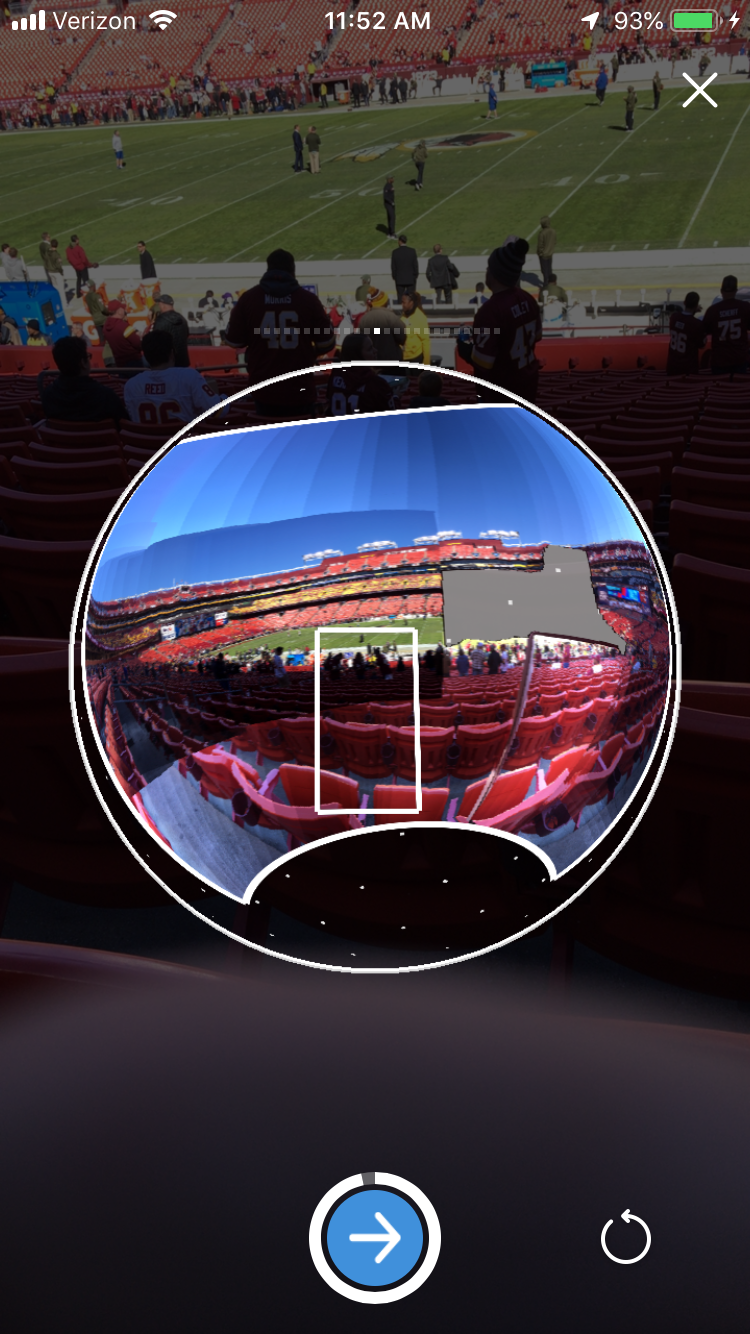 You know I’m a big fan of doing as much content creation as possible from my iPhone. And often that means the native apps. But there are exceptions.

I did recently buy a 360/virtual reality camera and am learning how to use it. In the meantime, if you don’t have that what’s your next best option?

The native iPhone panoramic camera comes to mind. That’s just in your camera app. Swipe until you find that.

So you can move around and fill out the unfilled spots.

The native iPhone one is move left to right. Or vice versa.

The iPhone one seems easier and maybe some will argue that technically speaking there’s a difference between 360 and panoramic. Practically, they look similar and very close.

The point is that you can use them when you need a wide image of something.

So I wanted to see which function is better and took pictures of the exact same scene from the Washington Redskins – Atlanta Falcons pregame.

The Facebook version is much better in my opinion. It’s also cool that you can currently use it outside of Facebook.

So take it inside the app. Publish it. Set the privacy to “only me” and then use it off-Facebook. That photo also saved to my camera roll.

This assumes you don’t want to post it on Facebook for all to see. If you do, make it public.

As 360, virtual reality and other newer forms of visual storytelling become easier to do, it’ll be increasingly important for brands to use them quickly.