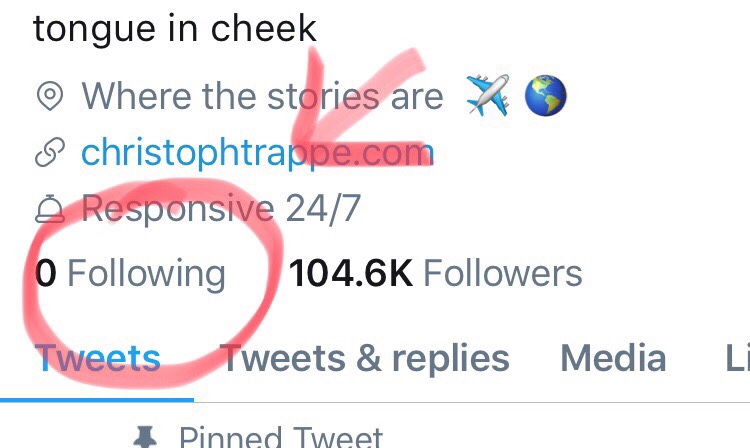 In January 2018, I was following over 50,000 people on Twitter and my Twitter feed was becoming highly overwhelming and often irrelevant.

This video I published with an article on whether or not hashtags are even worth a content marketer’s time on Twitter highlights the unmanageable speed. ?

I get my news there

I’ve made money off it through projects

But now I have unfollowed everyone I followed. 50-some thousand people. Because it was getting too much. ?

It wasn’t even my idea. Digital guru Travis Wright did it first and wrote about it here.

I used a slightly different process – one I found here. Basically run a script in Chrome to unfollow people.

It took a while and I unfollowed some people I really liked twice or more. I apologized and explained. And have since refollowed them.

Once I got to zero people following that felt weird and great:

And then I quickly followed almost 100 accounts that I really enjoy. My Twitter feed is so awesome again. I’m loving it. So much. Twitter isn’t dead – at least to me.

I’m sure I missed some must-follow accounts and I’ll add some back into the mix as I catch them.

But that’s what happened to get me here: Me following just 100 or so people while thousands still follow me has nothing to do with me being snobby or whatnot. It had something to do with me wanting to enjoy my own Twitter experience some more again.

For me to enjoy Twitter again, I had to unfollow irrelevant people. People I didn’t know, who didn’t share things I wanted to read, people who tweet in languages I don’t speak.

Travis Wright follows thousands of people again too and be did that a while back. I’d expect things to go similarly for me.

For now, my Twitter experience has improved and I still love the network. Yay! ⭐️⭐️⭐️⭐️⭐️