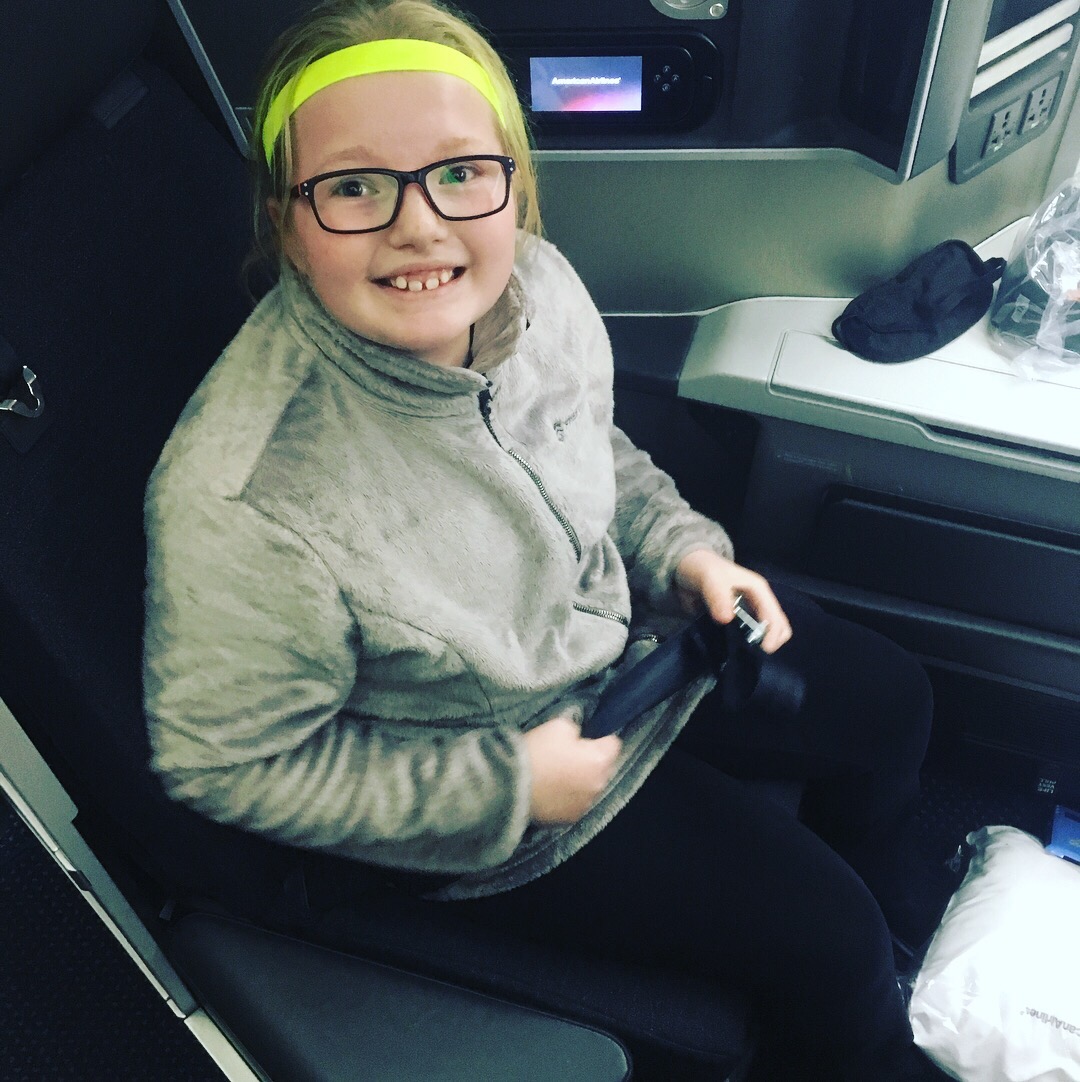 On a November 2017 trip to Europe to see family, we bought economy class tickets and were hoping for upgrades to business after I just made Executive Platinum – the highest level on American Airlines.

Things didn’t look too promising as the Chicago – London flight appeared sold out. I was No. 2 on the list at the airport but not even No. 1 was being cleared so we went to the Flagship Lounge for dinner at O’Hare. If you have status on American and fly to Europe or South America you get in for free. It’s inside the Admirals Club.

So what to do.

I was using a systemwide upgrade so this was basically free. I decided to give the upgrade to my daughter and made sure I was still in the aisle seat in economy:

I really wouldn’t have felt very good letting her sit in economy – including for the reason that I would have no clue who would end up sitting next to her. So off to business class she went in her one-person pod on the 777.

Here’s how that looked:

(It was actually a bit of a struggle to get her to go to bed in the lie-down seat.)

Given that I was super close to her, I wasn’t too worried. Here was my view. See her peaking around:

And then the American agent came over and offered me a business class seat. One that was not reclining (read: partially broken) but still. Yay! Now I was moving up too, but she was out of sight.

Quick sidebar on the seat: Having sat in the non-reclining business class seat for hours, the seat isn’t that comfortable for hours when it can’t be reclined. Not sure I would have been better off staying in economy but something to consider.

Two other fliers offered to trade and she finally moved closer. View from my new seat and of her new seat:

So much better again. Whew.

It’s important to know the rules, how things work, etc. Could you imagine if I ended up in a middle seat? Ugh, way too tall for that.

Also, I try to rotate taking my girls to Germany one at a time in rotating years. This would not be something I could do with the 3-year-old. Probably better to not even request upgrades when flying with her.

Travel makes for some good and interesting stories. Now, onto some sleep and sightseeing in London.