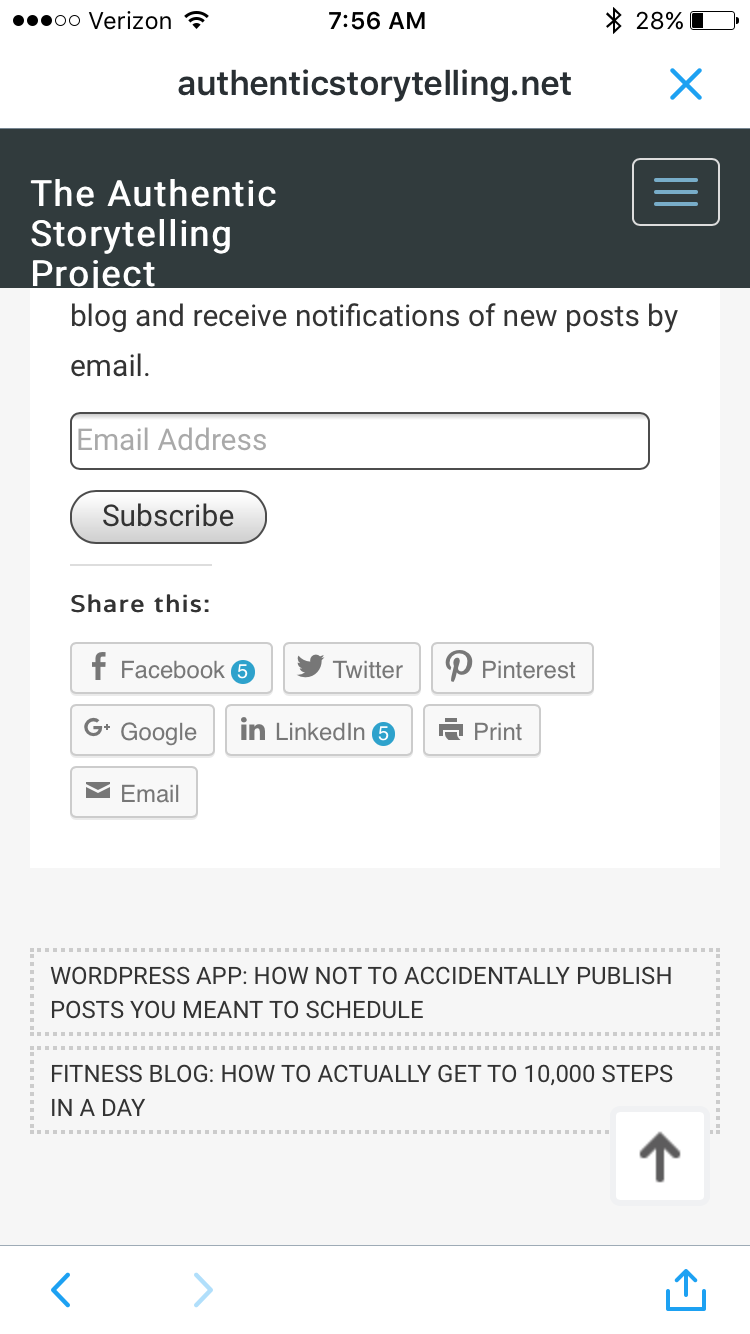 As share counts have disappeared from Twitter buttons across the web in late November 2015, many discussed why this was a good or not so good decision by Twitter. Many good reads and well-thought out opinions out there.

That’s all good but what should we do with the Twitter share button on our own site? Some sites don’t get many shares to Twitter anyway, so if it has been sitting stubbornly at zero, it’s the status quo. Except now we’ve been reminded that nobody is sharing to Twitter.

Twitter is by far the most-referring social media network to this blog. I use the Jetpack WordPress share function (picture above). As you can see, it just stopped displaying the Twitter shares. It also doesn’t show Google Plus (yeah, you can still share to that) shares and hasn’t done so in a while.

I barely noticed that this happened until everyone started talking about the news. Though I wouldn’t mind seeing share counts, I can still see how many people stop by from Twitter links. Jetpack site stats and Google Analytics tell me where visitors come from.  How Jetpack handled it worked well, in my opinion.

I’m not sure how it’s aggregated, but it doesn’t draw attention to one network over another and it appears to include email shares – which is still a sharing method people use, even in 2015 and beyond.

Glenn Gabe  tweeted a picture of his share bar (which is a WordPress plugin he’s used for a while).

As you can see, the share count for Twitter was simply removed. That’s a workable short-term solution in my opinion, but longer term it can look odd. And what if one of the other networks follows suit and removes their counts? Some have the counter and some don’t? Seems hodgepodge.

Showing share numbers works though, as Mark Schaeffer discusses in his “The Content Code” book. Content with more shares get read more. It’s about social validation. If others read (and share it) it should be worthwhile for me, too.

Either way, social media sites can pretty much do whatever they want, and we have to adjust.

If your site runs on WordPress, you can likely search for share plugins and see which one you currently like – or use Jetpack.

No matter the platform though, try to think about the longer term, and what is most beneficial for the user.