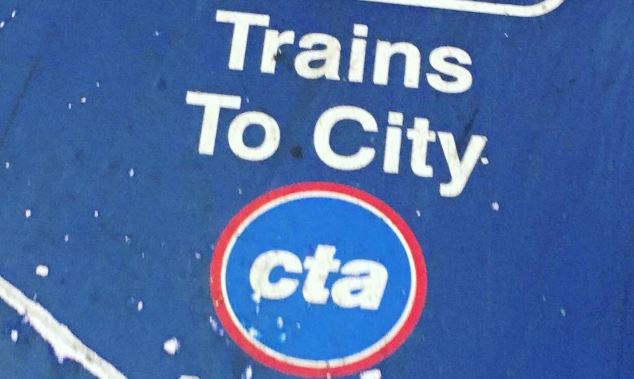 
I was covering Neocon 2019 for interiors + sources and flew into O’Hare on a super early flight to make the first full day of the annual conference at The Merchandise Mart. I often take the L’s Blue Line from O’Hare to the Loop when in Chicago on business to:

I walked to the L terminal at O’Hare (a quick 5 minutes from the American Airlines terminal). I immediately saw the signs letting me know that if I only needed one ticket, I can skip the machines and use Apple Pay just before boarding.

Awesome. Yes, let’s do that. I proceeded to the gates and activated Apple Pay on my phone, and held it to the gate. Easy breezy and I was on board, heading downtown. It’s also quite easy to get a seat starting from O’Hare as that’s the first station on the route.

Then I covered Neocon and filed a number of articles, podcasts and videos, which you can see on this landing page.

Podcast: Advice for designers on creating

Taking the L from the Chicago Loop to O’Hare

So far so good and I was ahead budget-wise. Then it was time to head back to O’Hare to catch my flight to Minneapolis.

There were no seats however going the reverse. I was picked up about the middle of the route and in the center of the Loop.

I also couldn’t use Apple Pay at the loop station and had to get a paper ticket – a block away.

So it’s not yet available everywhere – unfortunately. Not sure when it will be citywide.

An overview of contactless payment options for the L can also be found here.

I’m a big fan of Apple Pay and am surprised it hasn’t taken off much wider than it has. I rarely use it, but being able to use it at O’Hare was convenient.

I can usually pull my phone out in one swoop, while my wallet takes a few more movements.