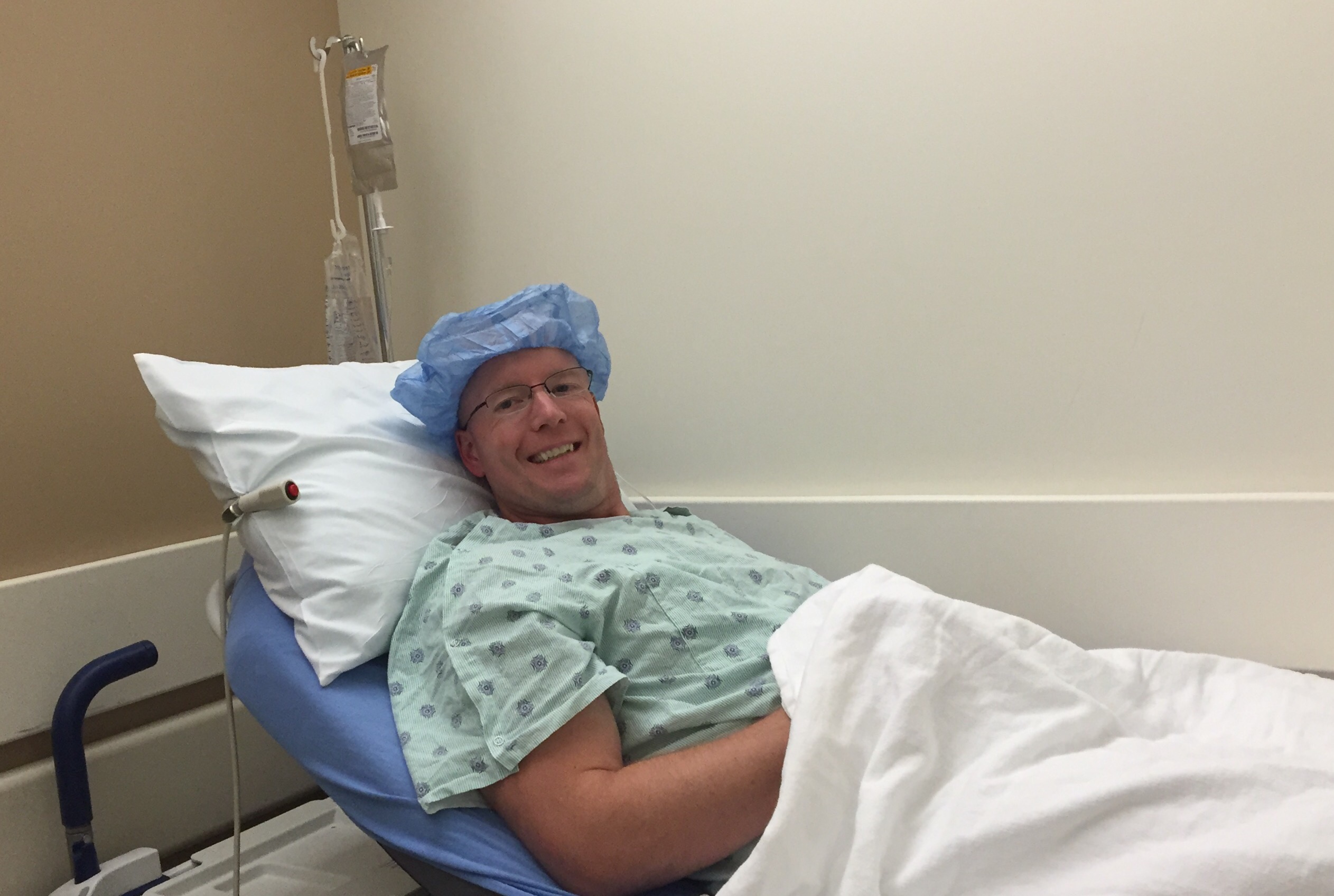 I had this pain in my left waist for months, but only when I was laying down. My wife suggested I should maybe go see our family doctor and have him take a look. I’m fine.

But you may know how it is. It only hurt from time to time and not that bad even. So I ignored it until it was getting a little worse. I finally set up an appointment with my  doc and he said:

“Yea, there’s definitely something going on in there. It’s probably a hernia.”

He explained that some physicians let hernias ride for a bit because they aren’t hurting that much. But hernias don’t fix themselves and when they get worse I could end up needing emergency surgery.

A hernia basically means internal organs have pushed through a weak point – like in an abdominal wall – in our bodies.

“Of course, those emergencies always happen at the worst times like when you are walking on top of the Wall of China.”

He set me up with a surgeon who had a look and a week later I went in for the quick surgery. I was flat on my back for a few days recovering at home, but this scheduled surgery was much more convenient than an emergency one. I was able to sneak it in between travel.

But why did I ignore it? Partially the answer is that it wasn’t hurting too bad and the other part was the fear of it not being anything.

I still remember doctors from my childhood who made me feel bad when they found “no problem” but I felt something.

But those negative experiences are still in the back of my mind. What if it turns out to be nothing? Even with this most recent  hernia, it wasn’t hurting a day or two before surgery and I said to my wife: “oh, maybe it’s fixed. Should I cancel the surgery?” “NO!”

A few months ago, I went to my dentist to check out a problem I had and she couldn’t tell what might be causing the pain. Her comment, though: “I believe you that it hurts. We just can’t pinpoint it this second.”

See how that wording is so much different from 30-some years ago?

Of course, the other piece of it was that I grew up in a football-playing, tough-guy culture where we shook things off and got back into the game.

Short-term it might be okay to shake something off, but ultimately it’s better to get things checked out.

The surgeon confirmed after the surgery that it was a small hernia and it was good that we took care of it early.

It’s not a sign of weakness to get health issues addressed! Maybe it’s even a sign of strength to do.