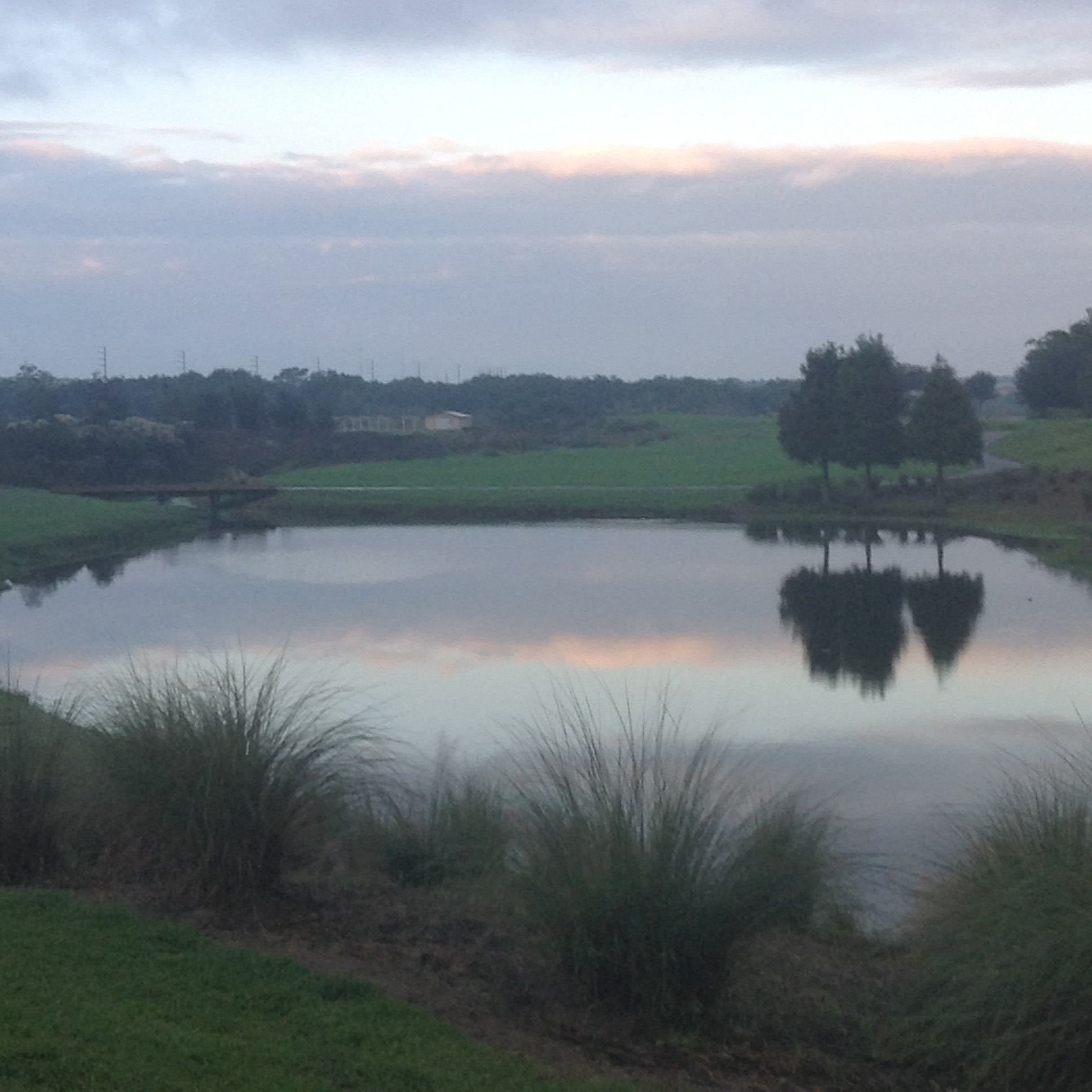 I’m all in favor of making plans and sticking to them. But sometimes they need to change. Quickly. I was in Orlando in late 2015 for the Healthcare Internet Conference (aka HCIC). My plan was to go run on the treadmill. Running in unfamiliar places can be hard and jumping on the treadmill is usually easier.

As I started running on the treadmill, in a typical-sized hotel gym, I saw somebody run by outside. A trail. I wonder how far it goes. As you can see in the pictures, at the least it was pretty.

I  could see that the trail (part of the beautiful golf course at the Omni Resort) was circling around the hotel. It was easy to decide to take my “chances.”

I ended up going on a nice 30-minute or so run outside (after 10-minutes or so on the treadmill) and was glad I was able to get outside and enjoy the Florida temperatures in November.

This reminded me, though, how hard it can be sometimes for people to change plans.

We make plans and then it’s so hard to change it because, well we made a plan and we are sticking to it. And I’m sticking to that story. Ha.

But it’s not about the plan!

It’s about the goal. And the plan is helping us reach our goal. At least it should.

In this case, my goal was to get a workout in. I thought the best way to accomplish that was to hop on the treadmill. I saw it. Easy breezy. I’m now running – in place.

But then I saw a better solution and decided to change the plan right then. No committee meeting needed! I changed the plan in the moment because I potentially found a better and more enjoyable way to get to my goal.

And I did. It was awesome! Goal reached. #boom