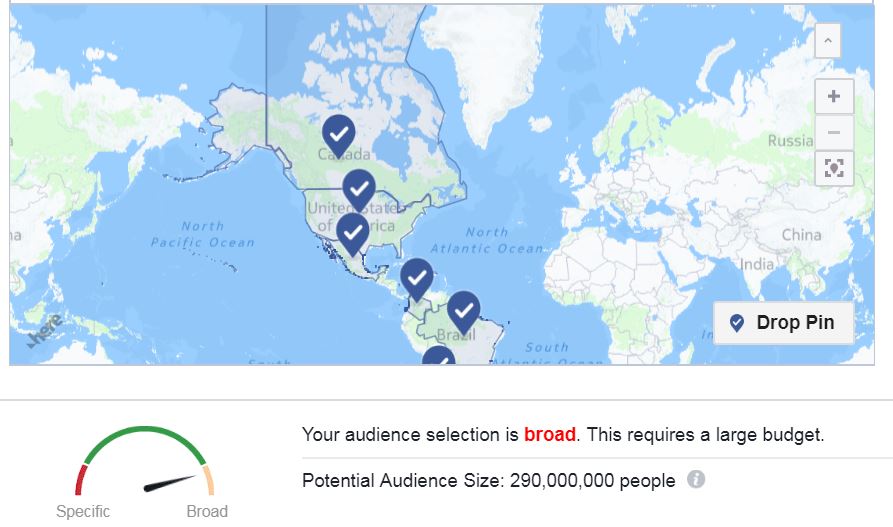 Advertising really does get a bad rep and much of it is actually deserved. Advertising and commercials rob us off time that we could spend on other things and can be quite annoying. That’s why online ad blockers are continuing to become more and more popular. But here’s the reality of things: Social media advertising works!

Of course, it depends a bit on your definition of works AND you have to spend some kind of money. Maybe not millions, but thousands. According to this article a Russian firm spent $46,000 on ads on the United States presidential campaign in 2016. Now, some are claiming the Russian ads influenced the election’s results! (In comparison, the two top candidates spent $81 million, according to the Tech Crunch article.) Of course, they likely were highly targeted, which is super easy to do in Facebook with a strategy.

For example, I once ran a Facebook campaign to draw bloggers to an event in Miami. I simply targeted my message to them, set the audience to bloggers and related professions and limited the geographic reach to Miami and surrounding communities. Easy breezy. The budget was small but also highly targeted!

The Chicago Tribune (among  others) shared here how sophisticated the Russian Facebook ads and their distribution were. Clearly, there are some huge concerns when a foreign entity can influence another country’s election like this! And you know my opinion about tying anything – often something totally unrelated – back to marketing and I’m not going down that path here.

This is not a comparison like: “Look, parallel parking is like content distribution…” or “sitting in a traffic jam reminds me of content marketing workflow issues.” But this could be a case study for all the marketers who are so hung up on ROI, measuring this, that or another thing. And all the CEOs who are looking for instant return on their social media marketing. If it works in global politics, maybe it’s good enough for other digital marketing!

Was there instant return on this apparently well-executed social media campaign? Well, it sounds like they got the president they wanted? The amount spent appeared relatively small – comparatively. On the healthcare side of digital ad campaigns, this post over on the MedTouch blog comes to mind as it discusses the importance of maximizing strategy over just spending more.

The real take-away here for me and I hope other digital marketers as well is that digital ads (whether we like them or more likely hate them) do work. Enough of us see them. Some interact with them. And some of us are driven to action – whatever that action might be by them.

As a content creator guy, I hate to say it but ads still work! Or else we wouldn’t be having this discussion about the Russian ads in late 2017 in the United States and beyond.

From the New York Times:

They planned to spend the $3.7 million they raised almost entirely on Facebook ads. Read more here.

Back to non-politics digital marketing campaigns, I’ve seen similar successes with social media ads elsewhere as well. They can work when they hit people at the right time, their pain points and beliefs just enough. Reading some of the news coverage out there, this seems to have been implemented in those political campaigns as well.

Check out the Imprint Content blog’s take on this here.

For consumers: Be careful trusting ads from unfamiliar sources. Personal example: An ad from the New York Times still has more influence for me than one from a startup news organization. That doesn’t mean I will ignore the startup forever, but they do have to earn trust over time.

For digital marketers: Use budgets for good, be strategic but also put the customer first. Given how social media algorithms have changed and social networks turning more and more to a paid model for distribution, that shouldn’t mean marketers should make it about US (not United States in this case) but about the customers. What value can we bring to the consumer. Then spend dollars to reach them. Long-term it can work. And even short-termish when done strategically – as this political example seems to prove.