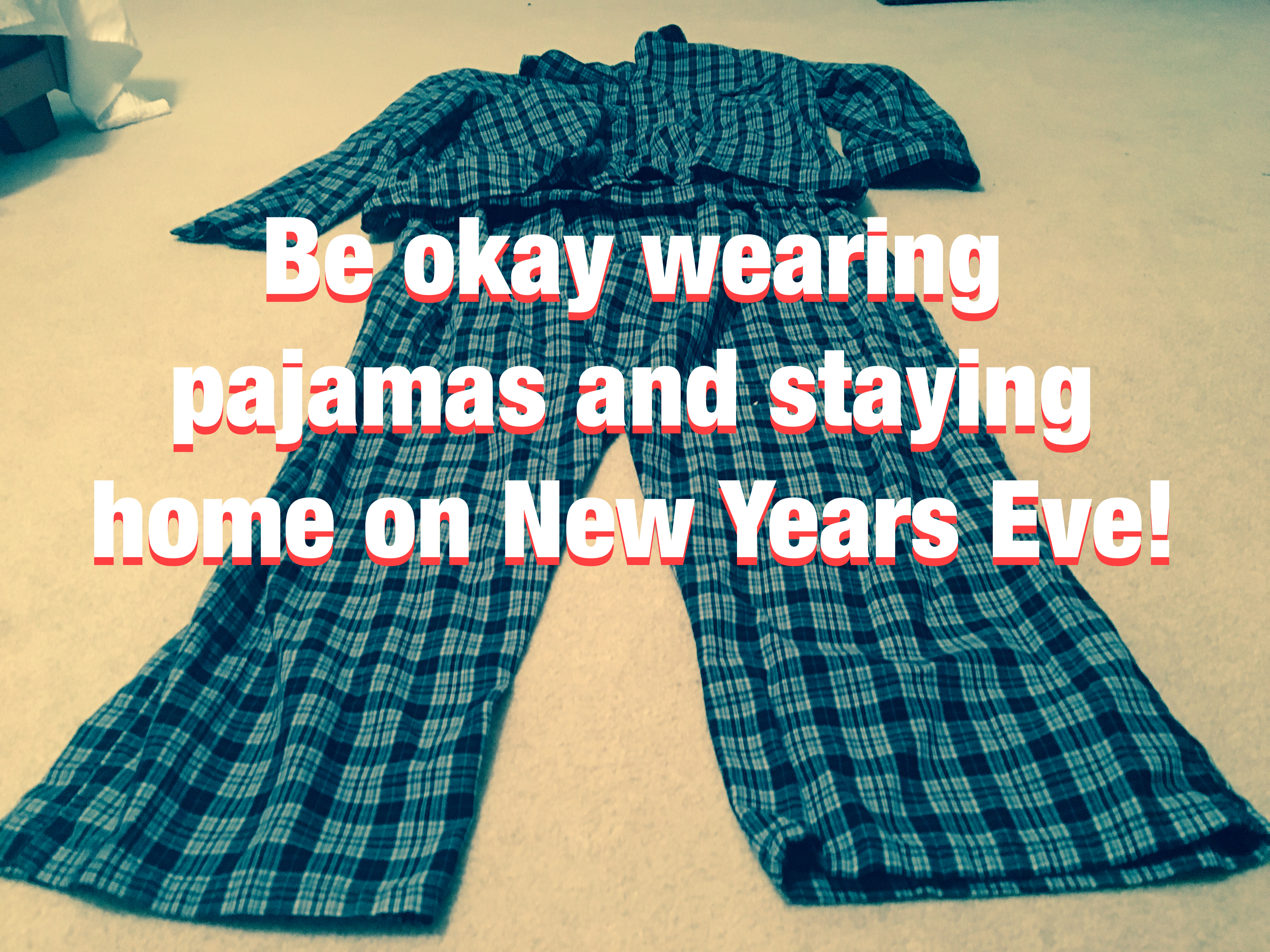 If I had a dollar for every time somebody asked me over the last 10 or 20 or whatever many years where I will go and celebrate New Years Eve, I could likely buy 42 more pairs of pajamas. Not that I need that many. Unfortunately, when people have asked that they didn’t usually give me a dollar, but I usually wear pajamas on New Years Eve, stay home and go to bed close to my regular bed time.

And I’m totally not judging people at all here for going out, celebrating and taking  surge priced Uber rides homes so they could Facebook about how outrageous that price was the next morning. At all. To everyone their own. And remember, one of the pillars of authentic storytelling is indeed to be accepting of other people’s stories (as long as they don’t really negatively impact you!).

But yet, many think everyone will go out and party. Or even stay up until midnight. That’s usually when I get up to get a snack, by the way. The last time I was up at midnight was when a plane was delayed past that hour. I won’t do that voluntarily. Ha. #Dadlife

There was even a Twitter Moment created about it not being a shame. Some of those tweets are below:

This tweet, for example, was retweeted about 700 times and liked about 600 times. Given that she asked everyone who is staying home to RT, we know there’s at least 700 of us. So, don’t feel bad if you are staying home.

RT if you staying in for NYE. #homebody

Know what my New Year’s Eve outfit is? PAJAMAS?? #homebody

Don’t understand why there’s some people who shame others for staying in on NYE. Nothing wrong with going into the new year with your family

I’ll probably be sleeping by midnight.. So I’ll wish you all a very happy new year early! I hope 2017 is a good one??Xx

Staying in tonight and I’m completely happy with that. ? Everyone enjoy a safe and fun New Year’s!!! ????

Why do we judge other people’s stories?

In the Age of Choice, it would also be okay if people start being accepting of other people’s choices when they are different from their own.

“Being accepting can be harder than just judging.” – @ctrappe

Most of the time when those people asking and not giving me a dollar their response once they heard my plans was often an apology. Or incorrect empathy. Incorrect because I didn’t feel bad about it. They did and thought I would, too.

“Oh, I’m sorry you have to stay home. I’m going out, getting ready. blah blah blah.”

Or a version of this:

Well, it can be hard to get a sitter, but this decision to not get one on a New Years Eve is by choice.

So as we are moving from year to year, let’s be okay with people making their choices even if we don’t agree with them.

Happy New Year and I hope it’ll be a great one – whether you went out or stayed home in your PJs.