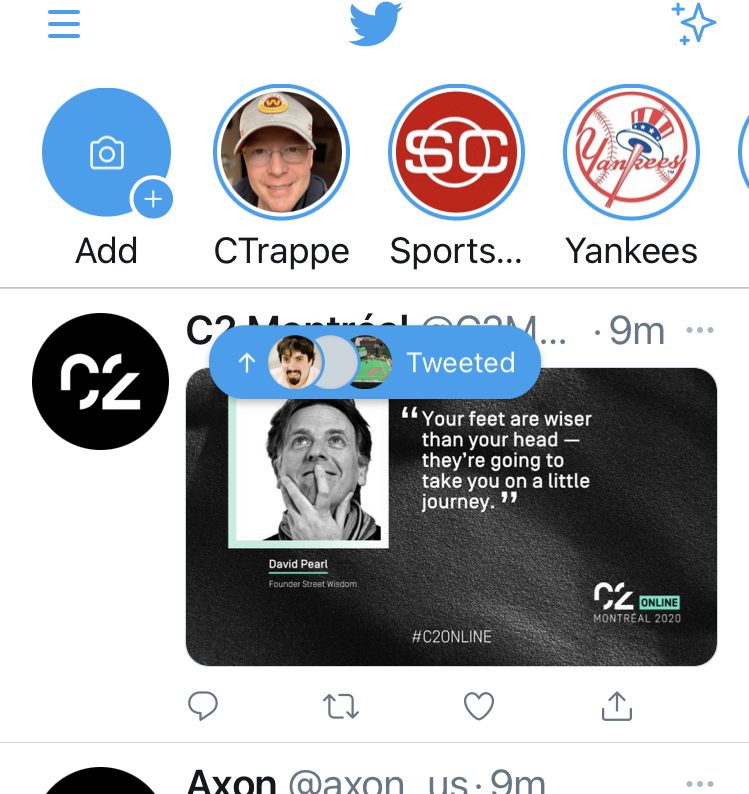 They show on top of your Twitter timeline in the mobile app. In my case I see it on my iPhone but I’m not seeing it in the iPad app. In your Twitter fleets you can post:

Fleets looks very similar to Instagram, Facebook and LinkedIn. The biggest difference on Instagram is that you can also see stories in the desktop version. You can’t see them on desktop LinkedIn at this point.

As you can see a number of brands are using the new feature within basically minutes after it’s rolled out.

By far the easiest way to get going with Fleets is to simply share your regular tweets into this new feature. Here’s how to do that.

That tweet then shows up in your Fleet stream.

Once people see your Fleets you can tell at the bottom who saw them. That’s the same set up as on LinkedIn, Facebook and Instagram.

The Fleets delete after 24 hours but the original tweet of course remains.

To capture content live go to capture at the bottom.

How long can my Fleet video be?

You can also add a Video directly into your fleet by clicking the plus in the Fleet navigation bar and then uploading a video from your camera roll. You can only upload 30 seconds of footage and if your video is longer Twitter will simply allow you to trim to that length.

Read next: How long can my IGTV video be? And how to publish podcasts on IGTV

Who knows but as often is the case when networks roll out new features they get priority in distribution. I saw this recently with Instagram Reels.

While Instagram Reels is not the right audience for everyone it’s certainly getting a lot of views so if your audience is on Instagram why not maximize on the newness. Will the same hold up with Twitter Fleets? We don’t know until we try.

For brand social media managers the biggest hurdle might be that you have to use your smart phone for the time being to post things there. So of course we want there to be some return on effort.