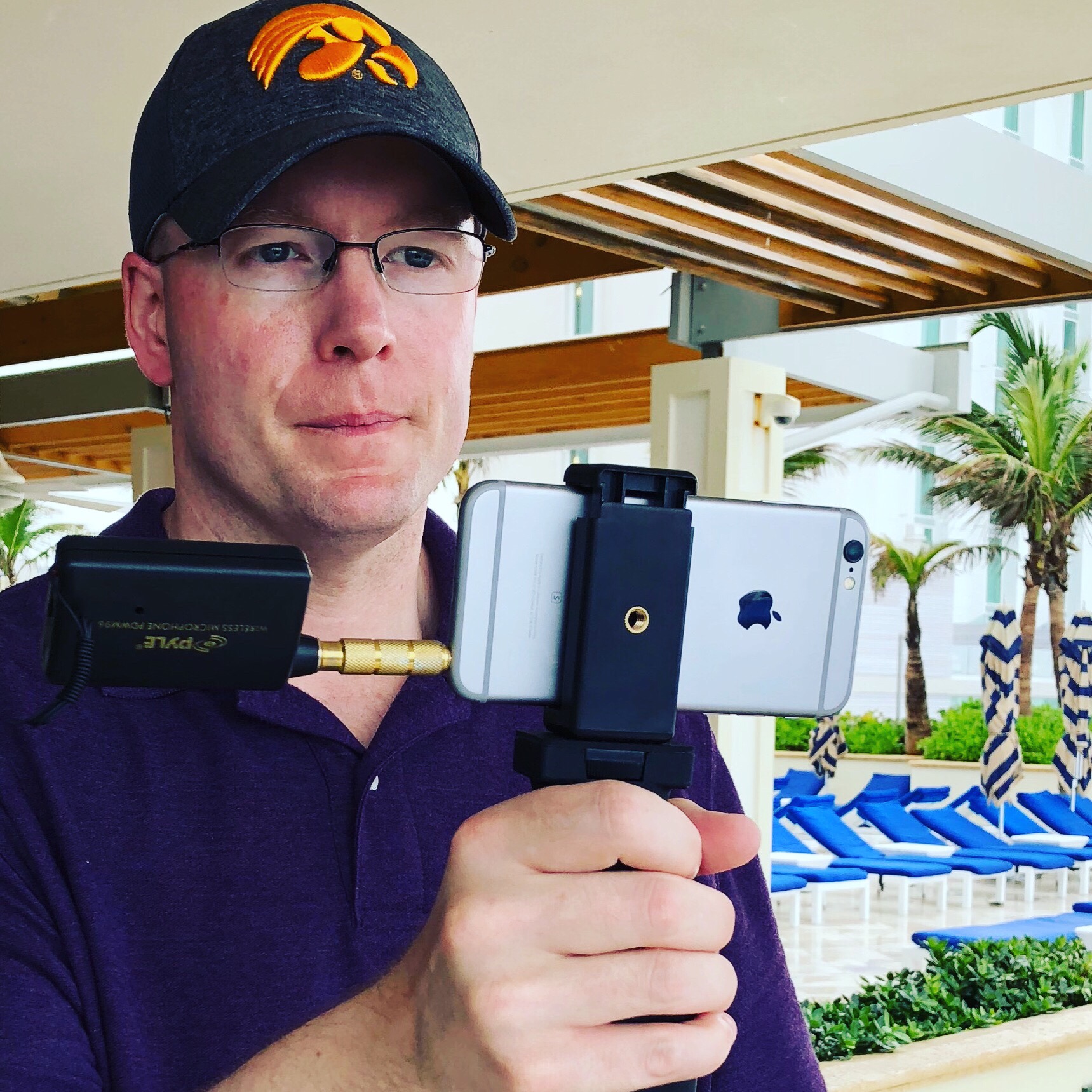 I’m a big fan of repurposing content. That’s easier with words than video.

Use the words in an Instagram post, copy and paste them over to your blog and use them in a post. But how do you do that with video – especially in a fast-moving digital publishing environment? Here’s my answer for the day. The footage might be on a camera, needs to be uploaded and edited. That sounds complicated. So I was looking for another, quicker way to use video and reuse it.

Here’s the process I tried on a Puerto Rico trip:

I set up the interview in front of the relevant background first. I went live on Periscope and Twitter.

Then I saved that in high def to my phone in the Periscope settings.

And shipped it to an editor. You can obviously also edit yourself-including on your phone using software like iMovie.

The video was edited can be found here. As you can see if you were to play that version and the live version next to each other some of the live specific sections were cut out.

You could just upload the live video without editing and some content creators do that. I find it nice to have an edited version. As you can see here, my live chit chat was cut and some images were added. The images-which were aerial shots provided by the conference center-would not have been photos that I could’ve gotten myself. So it’s a nice addition for the edited video.

Even though many experts will tell you that video is the holy grail, the written word still matters – especially with SEO – and that’s why I like when content creators turn the video content into something written like here and here. As you can see, that one live video ended up being two versions of the same story.

What equipment I use for live iPhone video

I’ve now started using one of these holders to hold the phone in a more stable way:

Then I have two types of lav mics.

One that is wired and one that is wireless. Warning: both use the iPhone earphone jack which newer iPhones don’t have. I use a 6S.

But the audio sounds great with both and they are slightly different use cases. I stick with the wired whenever I can and am close enough to the interview subject.

Nonetheless, content creation and video is a lot of work and tiring. But this process and these tools do make it easier and more efficient.