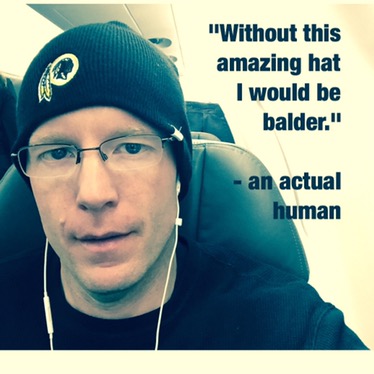 It can seem easier for writers and content creators to write the quotes from “actual people” marketing materials. It’s one way to make sure they stay on message, I suppose.
Marketing materials, of course, can include printed pieces, other offline items and all kinds of digital components, including ads, blogs and eNewsletters. And many marketers want to highlight people stories because we relate to other people and their stories. Especially when those stories are highly relevant and appear genuine.

The key with these human stories is though to use actual human’s stories. And that means we aren’t writing their stories, but in fact are reporting them more and then write those versions.  I am not accusing anyone here of making things up, but I’ve seen cases where marketers:

This topic actually bubbled to the top of my mind when I was speaking at a conference and an audience member asked if we should fix errors in patient quotes? That’s slightly different from what I’ve been discussing above, but related.

In general, it’s most authentic and real to stay close to somebody’s words and facts.

I do think we shouldn’t write quotes for people in our stories.
Instead, ask them questions to get those quotes and details of how your product or service has made a difference in their lives. Once you have those quotes, use them. But fix glaring grammatical mistakes.

I was quoted in an American newspaper after I just moved to the United States from Germany in the 1990s. My English was broken and they quoted me verbatim. What’s the point of that? To show off I got some language learning to do?

During one project, a content producer didn’t fix grammatically incorrect quotes  and a vice president said: “I know we want these to be her words but that’s not correct English.”

The content producer just didn’t catch it and we should always fix mistakes. But don’t change the basics of the content. Keep it human, but not wrong. It doesn’t show character and the person won’t enjoy others telling them they don’t know their grammar rules.
But yet it’s important to keep the content to the context of the person’s story and words. Even in the largest metro areas, people know people. So, let’s say my story gets published on an organization’s blog or print magazine. Chances are my network will see it. Depending on who the person is that network can be quite huge.
When people bring up the published piece to the person featured, we don’t want them to say: “oh yea. Marketing wrote that. It’s not exactly what happened at all.”
Word of mouth travels too and in some cases can spill into digital or other channels with even larger audiences.

It’s great to share other people’s stories when they are worth sharing, but be careful to keep them real and authentic and don’t write a made-up marketing story with a person’s name attached to it.

Share human stories that are worth sharing and help your organization and the audience at the same time.