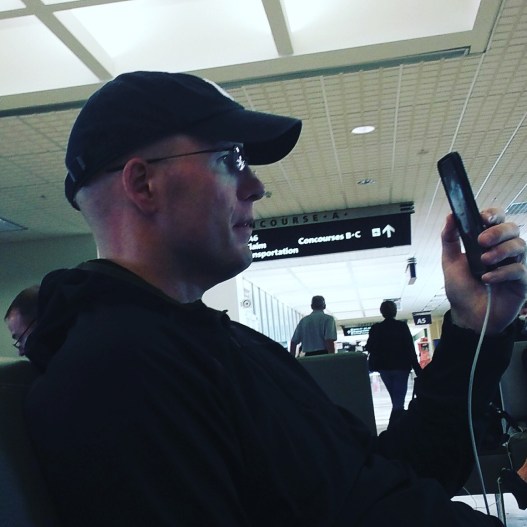 Way back when when I was worked as a newspaper reporter, writing was relatively easy. We didn’t call it content creation then! 🙂 As long as my writing pleased my boss enough that they didn’t have to listen to 1-5 other people complain, my writing was declared good – or at least above average.

We were measured by individual perception back then. As long as the powers that be liked it, you were golden.

Today, content gets measured by performance. If nobody reads it, who cares if I liked it? I do, of course. Ha! But me liking content doesn’t make it high performing or at the least not performing.

That’s why content creators of the 21st century measure, measure, test and create with those things in mind.

“I will withdraw any opinion if you show me the data showing success.” – @ctrappe

One way to adjust to this newer way of performance content for some of us is to make live video part of our content marketing production and distribution strategy.

And here’s how I do that: I go live – mostly on Twitter – from time to time and basically I talk through a topic with my viewers.

Whatever the topic I might discuss, is likely also something that I will blog about later. I might even make it a workshop or turn it into a book chapter. But, the key is that live video helps me talk through a topic. I’m aware that I’m talking publicly, but I’m treating it like a conversation. Even when nobody is asking questions. I’m just chit chatting, but it’s about a topic at hand. That doesn’t mean I will go live without prep. I prep, but I don’t overthink.

How I prep for live video

“Prep for live video, but don’t overthink it.” – @ctrappe #contentmarketing

And then I talk and usually follow this kind of format:

Sometimes, I go off topic when there are questions that are related but tangible. As long as people keep asking things I’ll often stick with those questions.

Then later, I will often go and write an article about the same topic. Sometimes, the live video helped me determine that I don’t want to write about the topic or don’t have enough to say. Sometimes, I reconsider if the video performed well. If I found the topic not that interesting, but people watched, maybe people will also read!

On Periscope, viewers have given me around 15,000 hearts, for example. That seems like a lot, but I couldn’t tell you where that puts me on the hearts leaderboard.

Many live broadcasts are viewed by dozens of people as soon as I go live. That’s pretty good. Few new blog posts get the same amount of readers in the same amount of time. Nonetheless, an average blog post on here sees just over 1,000 views. I don’t think I have any live videos that have that kind of longer term staying power.

And of course, live video can be repurposed later into more  produced videos. The only downfall to this could be that people will expect higher produced videos. In live video, when your cat walks through the screen, who cares? That’s hardly news anymore. But in edited videos people might take a bit more offense to that. Or they see the humanness. I  don’t know. Something to consider, though.

I know that some of the writers that I follow, they also have a very strong personal presence on social media through pictures and videos. On the flip side, I’ve also stopped following some people when I didn’t like their personalities.

For all of them, though, I never tuned out because a video wasn’t perfect. As long as the topic was relevant, they appeared human and it was interesting, I’d watch it. When they later write about it, too, I might read that as well.

“Go for human in your live videos.” – @ctrappe #contentmarketing

I’ve previously discussed which live video network I find best and I continue to use Twitter Live (Periscope) for the most part even today. Of course, your answer might be different based on your audience. I’ve seen some people have success with Instagram Live.

Need help with your live video strategy? Drop me a note here: