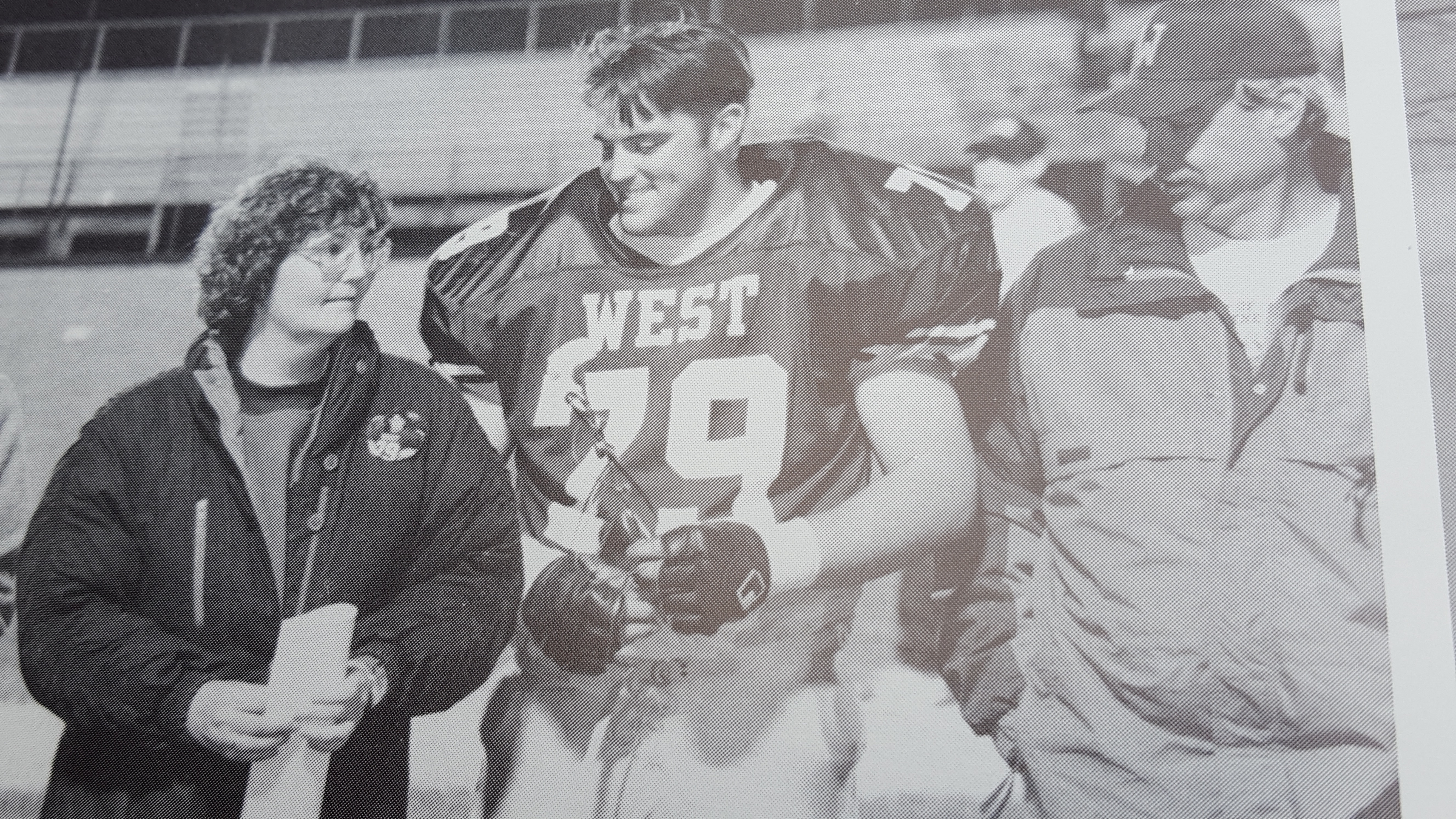 And then I had to explain that whole situation to my 8-year-old! When I was eight we didn’t need to have conversations like this!

Seriously, could we stop this madness!

Tony Beminio was one of two officers killed in the Des Moines area over night. Tony and I were teammates on the  1995 Iowa City West High state championship team. He was a force to be reckoned with and certainly helped West High turn things around after years of losing.

I heard about the shootings on the news and that one school district had cancelled classes as police were continuing the manhunt for the killer. They later made an arrest.

I had no clue how close to home this one would be.

Another former teammate – Adam Lounsbury – and I were messaging about how he thought we should have a 25-year reunion in 2020. Great idea.

And then I got the text from my wife, saying Tony was one of the officers. I knew Tony joined the police ranks but we didn’t keep in touch over the years, but yet I was sitting in my office crying.

CBS reporter Kevin Barry did ask me about the bond football players form during an interview. And it’s true. Football teams go through the good and the bad together. Once you’ve been teammates you are connected. (I’ll post a link to Kevin’s story when it goes live. If you are in Eastern Iowa, watch KGAN at 10. You can find the story here.)

I cried reading the news and my thoughts go out to Tony’s family and the family of the other officer shot and killed. (Read the Iowa City Press-Citizen’s report here.)

Whether we know the people personally or not, they have families. They try to live a life. Stop this killing madness.

I do know this. If our reunion ever happens, a huge part of that team is missing.