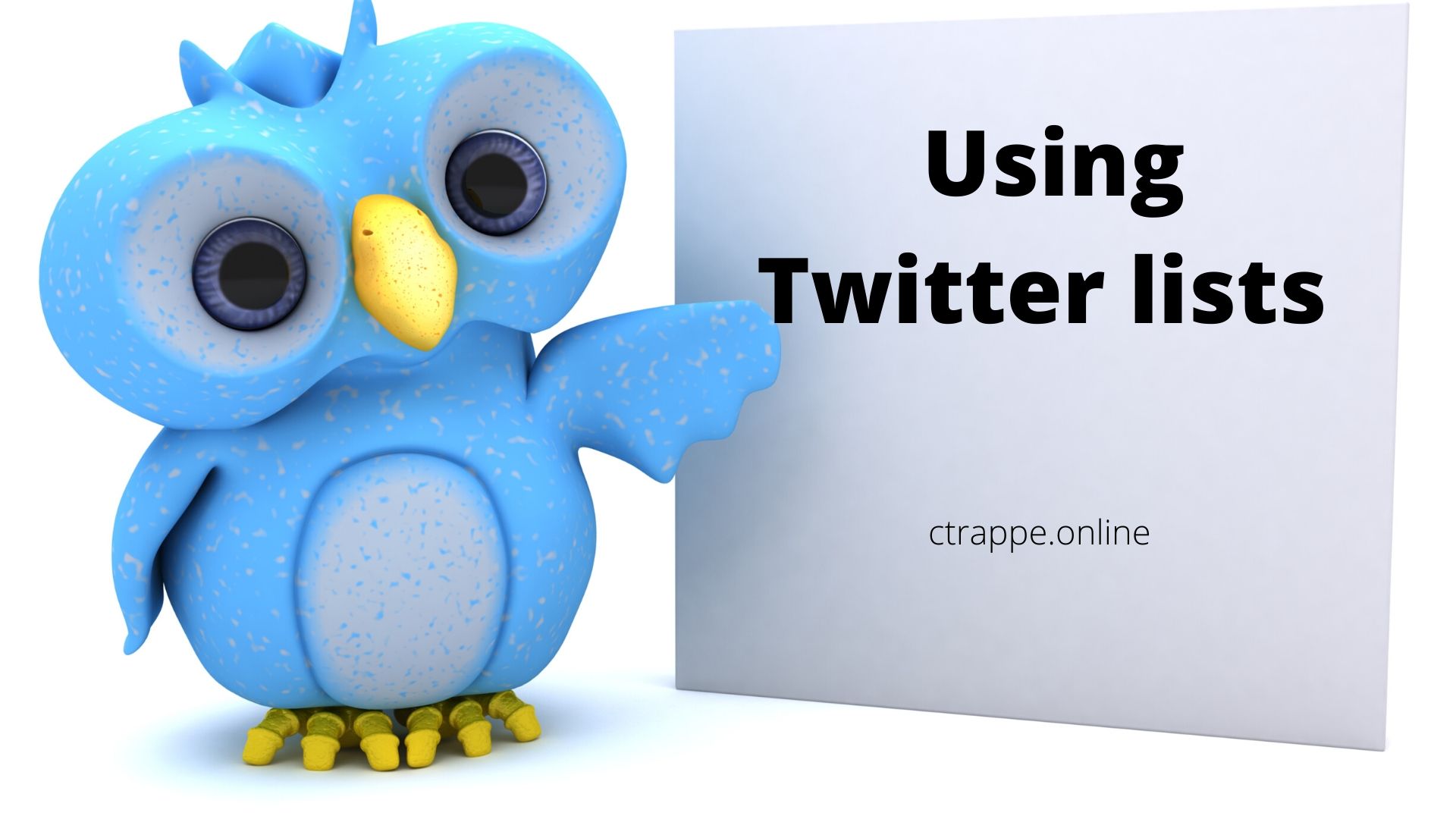 There are a number of different ways to consume content on Twitter. One is just in the regular timeline, another one is through hashtags and the third one is through Twitter lists.

“I have been using lists for a few years and couldn’t live without them,” said Bob WP.  “That stems from the fact that I spend most of my time on Twitter via desktop and Tweetdeck. It allows me to sort the people I follow (and sometimes even not follow) into columns that I can easily keep track of.”

“They all have their specific needs .. especially around research and keeping on top of the stuff I want to. It’s much more sane way for me to get the most out of Twitter.”

“I work with startups. If I want to keep a pulse on the VC industry and its pockets…I have a list of 500+ investors that I can use to engage and learn from,” he said.

And Stephen responded to me despite us not following each other.

This has been around for a while. I had good intentions when I first set up Twitter lists but then forgot about them. Basically, go to your profile:

Be aware that the person you are adding to your Twitter list also gets a notification of that. People can also see what public lists they are on. For example, when I go to that area in my profile I get a list of Twitter lists that people have added me to:

I can also subscribe to those lists myself. To see what lists others have created, you can go to their profile, and then navigate over to lists.

So you can build your Twitter lists from scratch or simply subscribe to other people’s list. Not all lists created by people are public. If you check to keep a list private when you create it, only you can see it.

Read next: Negativity on social media: Twitter now allows replies to be completely turned off

Twitter seems to be pushing lists more currently. I recently was notified by Twitter to follow a few recommended lists. Here’s how that looked in the app:

I assume Twitter picks the list recommendations based on my interests, maybe including topics I’ve picked already.

Unfortunately, once the prompts were gone I didn’t see any way to get back to these recommendations.

Do people even use Twitter lists? Are the lists worth creating?

I fall into the middle camp. I’ve set lists up. I may have even subscribed to some, but at the end of the day I have never checked a list.

How does a brand get listed on Twitter lists?

At the core, it comes back to participation:

2. Get on a schedule

The trick really is to get on a schedule. Here’s what I do:

Of course at conferences you are seeing people face to face and that matters. Marketing conferences are also hotbeds for Twitter activity.

Make sure every slide has your Twitter handle and relevant hashtags. Attendees often tweet and I was trending in at least two cities before.

3. Use the right hashtags

Using the right keywords and topics matters. If you want to be known for digital marketing, you have to share stories and content worth consuming around that topic.

Sometimes there’s a ton of overlap and I can just go after both keywords and hashtags in one swoop.

Read next: How I used the Twitter threads function to promote a podcast

I probably slacked a bit on this one, but keep an eye on what your target audience and prospects currently are using for phrases.

Digital transformation is probably a good one currently for me to go after.

Get on a schedule and be recognized for the expert you are! Once people see your content they can consider adding you to their Twitter list.

At the end of the day I probably wouldn’t make it a priority to try to be listed on people’s Twitter lists but that’s a byproduct of sharing good content.

I do find it highly valuable to create Twitter lists to follow specific people  that I want to check in on what they have to say. Now I just have to remember to check those lists after creating them.