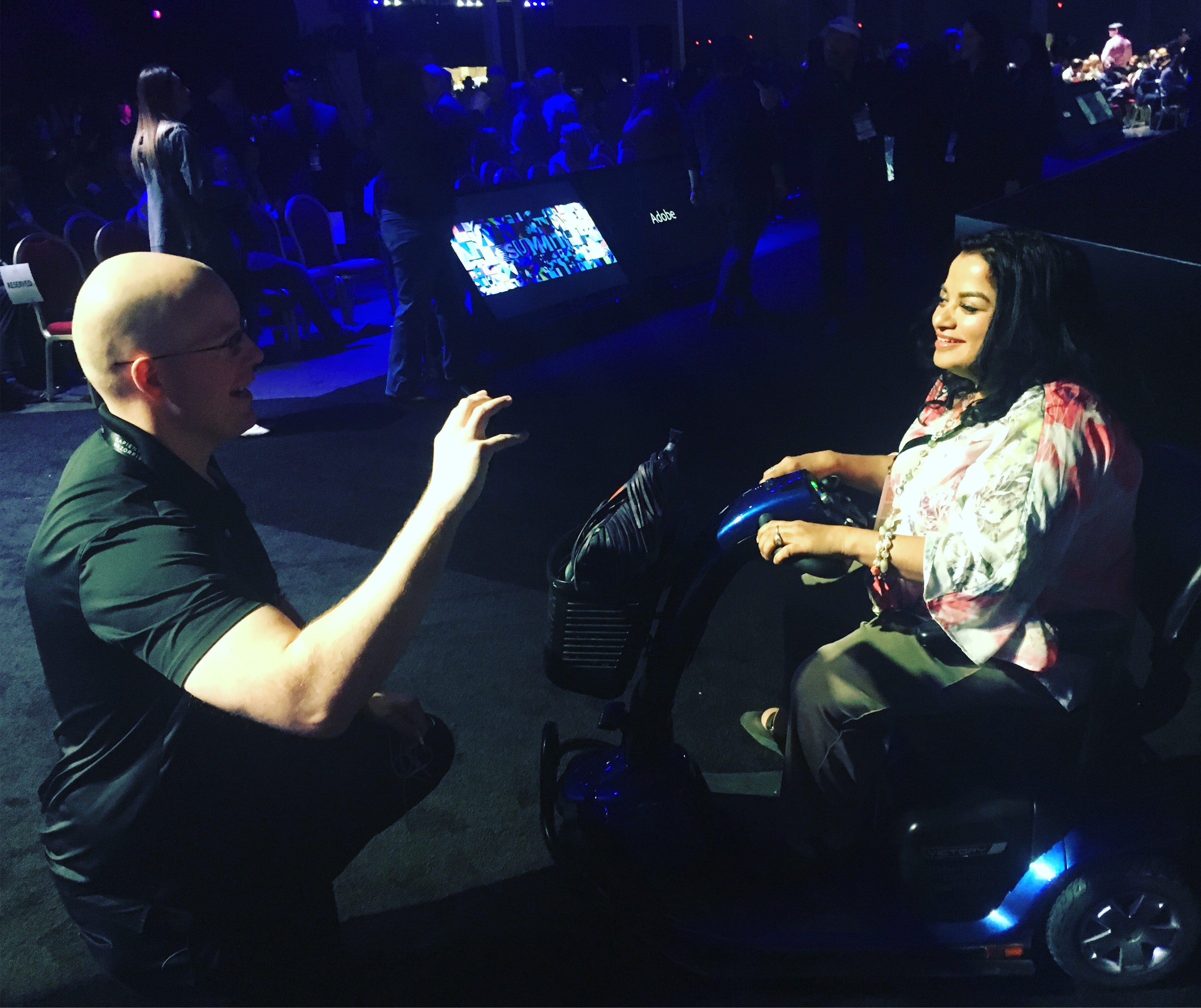 I somewhat snarkily posted the following to social media after a couple days of shooting video:

“My iPhone shoots in 4K”

When I was producing videos for a national company a few years ago we had to push around a cart of camera equipment so saying that you can shoot the highest video quality with an iPhone is still baffling.

Also back in the day when we didn’t have high definition I couldn’t even imagine that that switch to HD would make the viewing experience any better. Of course, once you watch HD it was hard to go back to standard definition-a.k.a. low def.

I like to shoot most of my videos with my iPhone 6S-because it’s just so much easier than lugging around a camera – or push a cart!

Related: What video editing software should content marketers use? ANSWER

The iPhone by default actually shoots 1080 HD. The most important thing of course is to remember to hold the phone sideways for the video footage will look better on the screen.

It’s super easy to change the recording quality from 1080 to 4K.

In the settings go to camera. Click on record video to change the setting.

Once there you get this screen:

Really all of those recording qualities will probably do the trick as long as you have a good story to tell. Confession: I often order the SD version of a show on Amazon Prime so I can save one dollar and it’s fine. So I’m not a HD or 4K snob at all actually. LOL.

The biggest problem with shooting in 4K is that it takes up a lot more space. In fact it takes up twice as much storage as 1080 does.

So that can be a problem if you’re already constantly running out of storage space on your iPhone.

The other problem that I ran into is when I try to upload the footage over a hotel Wi-Fi to Google Drive. The uploads were literally loading for half a day:

At some point I have to use my phone for something more important like watching the latest Netflix show. Ha ha.

Now would the same footage shot in 1080 transfer at twice the speed? I don’t know but it certainly seemed like a long time to transfer just a few minutes of 4K footage.

Even if you can figure out how to edit on your phone or edit on-site I’m guessing the upload to YouTube would take longer as well.

So there are advantages and disadvantages. At the very least I thought it was nice to tell people we were shooting the show in 4K, which does sound on top of things.

Really, the most important thing is the quality of the story. If a crappy story looks good that might still not get you an audience. Of course the best combination is good and relevant story produced in the highest quality possible.