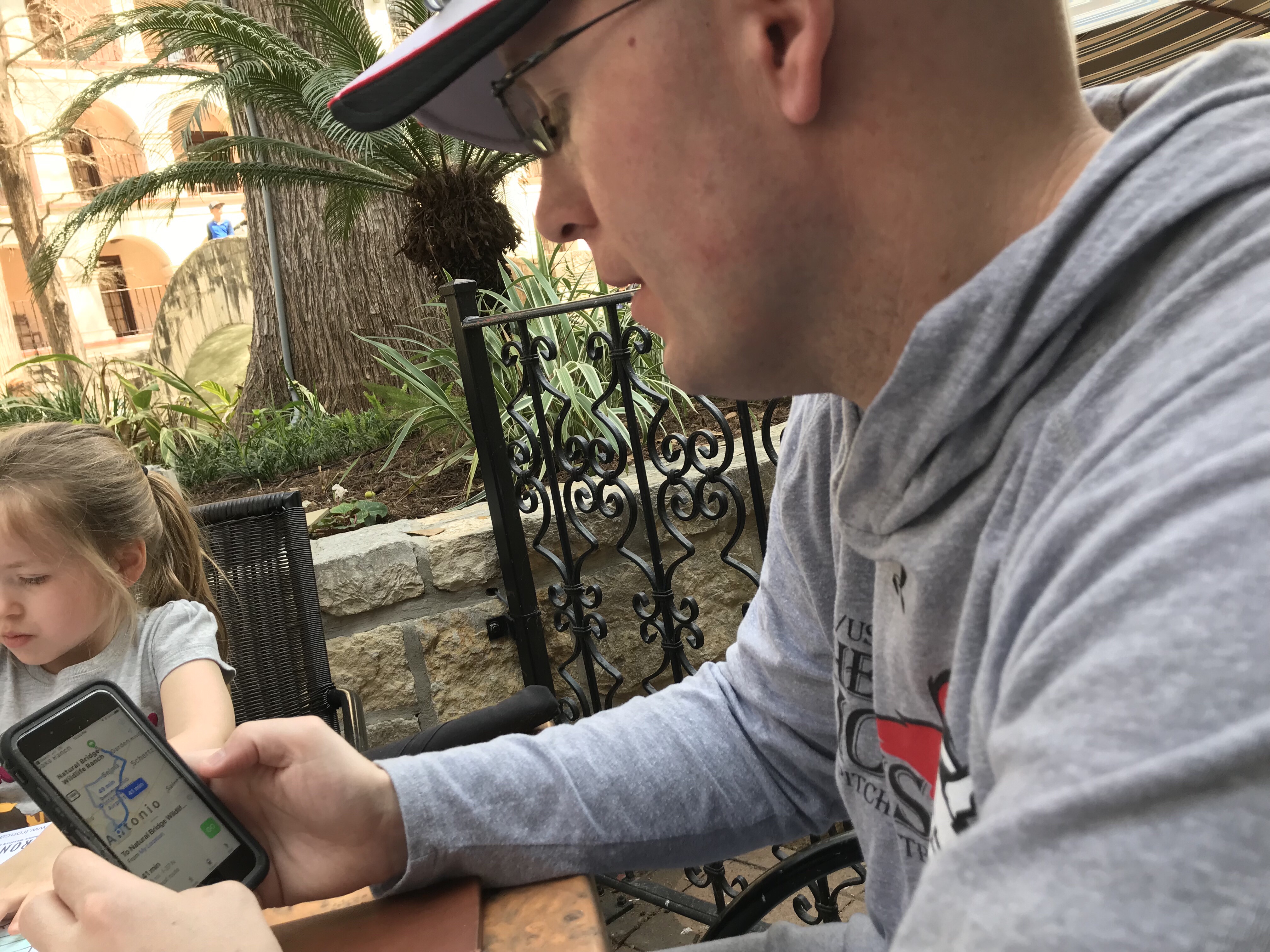 While traveling around Texas I tweeted and Facebooked the following:

Evolution of maps in my lifetime:

Ask the person walking over there. They look like they know.

While that has been a tremendous shift and advancement in map/directions technology I actually forgot about the latest advancement. That would be that now my Apple Watch actually vibrates when I have to turn and it gives me directions directly on my wrist:

Also, there was another advancement along the way that I personally never actually used. That would be the in-car GPS systems.

Sometimes technology gets a bad rep but for the most part it has really been helpful to see some of these advancements and changes. Let’s take a look back at how I used to travel around the Midwest in the late 90s as I was wrapping up playing football at the University of Iowa to cover Midwest NFL teams for a German magazine.

I did have a cell phone back then but needless to say I was before the iPhone was even invented and you literally could only use the phone to make phone calls – something I hardly use my iPhone for now 20 years later.

Back then I had a thick Atlas -think a book of maps-that I would use to travel to St. Louis, where the Rams were located at the time and had a fantastic run under quarterback Kurt Warner. I also traveled to Chicago, Kansas City and Minneapolis. Sometimes when the schedule allowed it I would head to one city for a Sunday game and then drive over to another for the Monday night game. I did at least one trip like that heading to Minneapolis for Sunday and Chicago for Monday night. So much fun. But also some directions work!

Using maps back then it was just very different. You had to plan out where you would go, maybe write it down on a piece of paper and then remember to either look at the paper or remember what turn was coming next. And also, the Atlas would never know when there was road construction or a change in traffic flow. Obviously! It was printed on paper months ago.

Today, of course you just use the automagic rerouting function of GPS maps.

And then there was the time when we would find directions on MapQuest and probably at some point Google Maps and would print those out and use them basically like an Atlas except they came from the Internet. Maybe the thinking was that they were more accurate and kept construction in mind. I don’t know or at least don’t remember.

Then the iPhone was invented and now there is a number of different GPS apps that can be used to easily find your way around. What’s interesting about the apps is that you don’t plan at all and just type in where you’re trying to go in and the app tells you each step of the way. Of course, problems can happen when the address exists in a number of cities that are nearby and the app picks the wrong one.

But for the most part GPS apps have made our lives a lot easier.

This is probably not new news to many of you but sometimes it’s easy to forget how technology has advanced and how we used to do things decades ago. This is just one more example where technology has made our life easier – not harder. Of course, we still have to have some kind of oversight so we don’t end up in the wrong place, which has actually happened to me a number of times but even with those delays and potential issues advancements can make our lives easier.

Changing the way we do things is easy when it actually helps us do things better.

And while I hardly ever argue with the GPS on my phone there are some things to keep in mind. It’s not always correct and doesn’t always lead us on the best route. Here’s another example that I Facebooked from my Texas trip:

‪I was wondering why the return trip was 10 minutes quicker. The GPS wanted me to jump four lanes on the interstate in under 400 feet. Not possible. Safety first. #Travel ‬