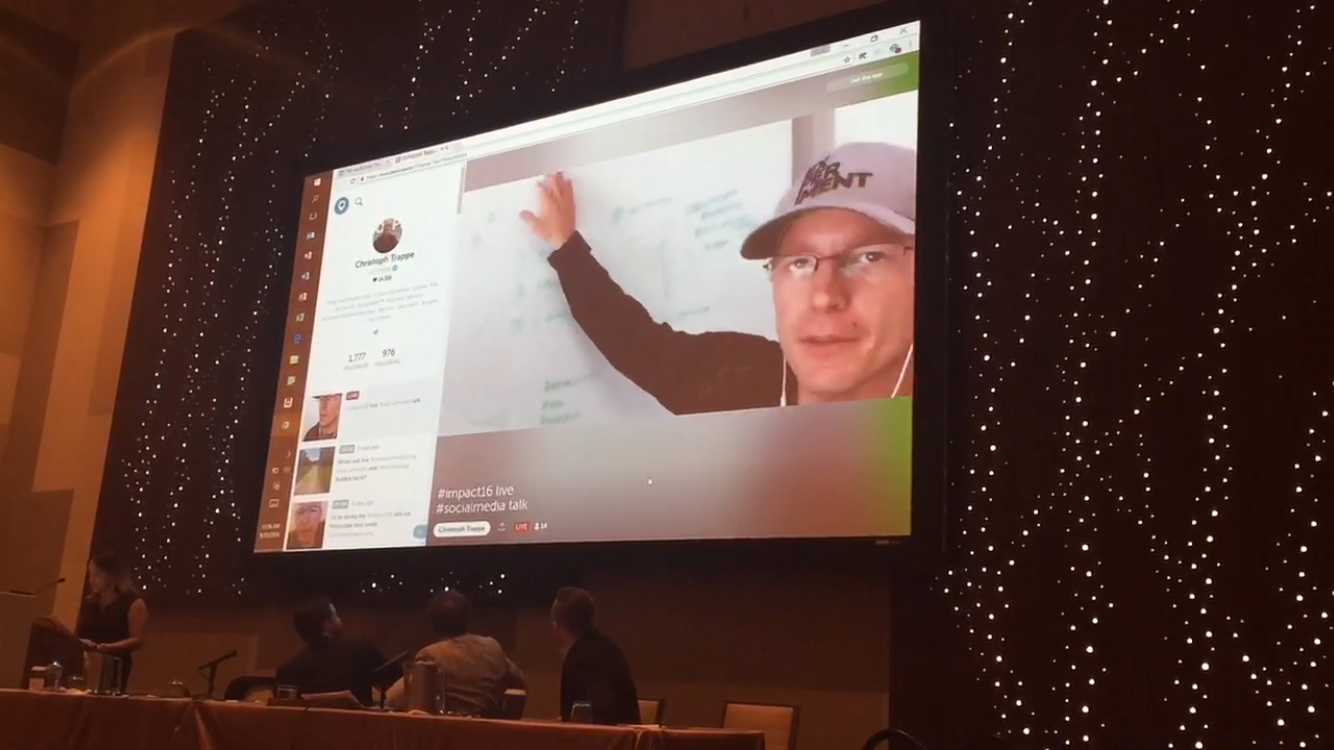 During this year’s Internet Marketing Association annual meeting in Las Vegas I was slated to speak about live social media video. So doing the talk via Periscope while actually in Iowa wasn’t that inappropriate of an idea. A plan was hatched.

As it was my turn to present, the on-site moderator texted me to go live. As soon as I did they streamed my Scope live on the screen to the audience in Las Vegas.

I walked through my circle of content for life social media video:

Watch my talk on Periscope

Overall about 100 people tuned in and then of course the audience members at the conference in Las Vegas watched the overhead. So it was fun but it was different than standing in front of the audience obviously. You couldn’t read their reaction and questions and answers was a little bit harder since they all had to type questions into their phones.
I would totally do it again if the topic lends itself to it, though. As much as I love to travel this is another way to share information.

About the outfit! As you may know I typically dress up in a suit or at least  a vest. So why didn’t I for this 10-minute Scope for a conference? Because Scopes are a little bit more casual and even though it was broadcast to a very business-y audience I still thought it was important to bring home the point that live social media video does not need to be as perfect as some video production traditionally had been.