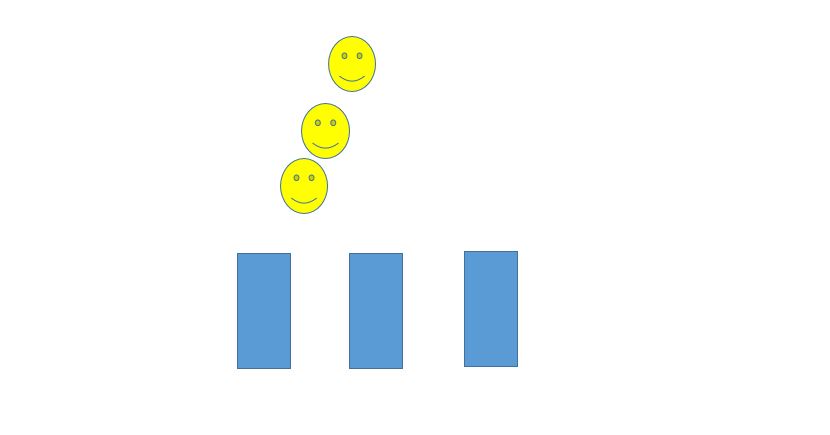 My 18-month-old daughter uses the iPhone like she has taken the “iPhone for babies” class. Of course, there’s no such class (I think) and iPhones don’t have to be explained. You pick them up – including babies apparently – and start using them. They are designed so well they don’t need explanations.

Unfortunately, not everything in our lives is designed well. When you have to post a lot of signs or directions that’s usually a sign of bad design. Not always, but often.

The other day, I went to an actual store because I had to buy something and needed it now. Not tomorrow or the day after. No Amazon Prime this time.  So, I was at this store and there was a decent line of customers waiting for the two cashiers.

They were at the two registers on the right. There was another station that looked pretty much like the other two to their left – right in front of the customers.

There was a long line and a third person – presumably a cashier – walked up to the third station. A woman in front of me looked at her and the “cashier” said:

“Oh no, sorry. This looks like a register, but it’s not. Please go over this way.” (Pointing at the two actual cashiers.)

Then, why is it in front of the line and looks like registers?

It was a bit awkward as you may imagine.

The person who wasn’t a cashier started working on whatever she needed to work on and the customers shuffled over to the other two actual cashiers.

Now, whomever designed this most likely had a reason behind that design. Maybe that cashier was a supervisor and needs to be close to, well, supervise. Maybe it’s where people return merchandise. I don’t know.

I do know this: That to the customers there – or at least this one – it felt strange. It felt out of place.