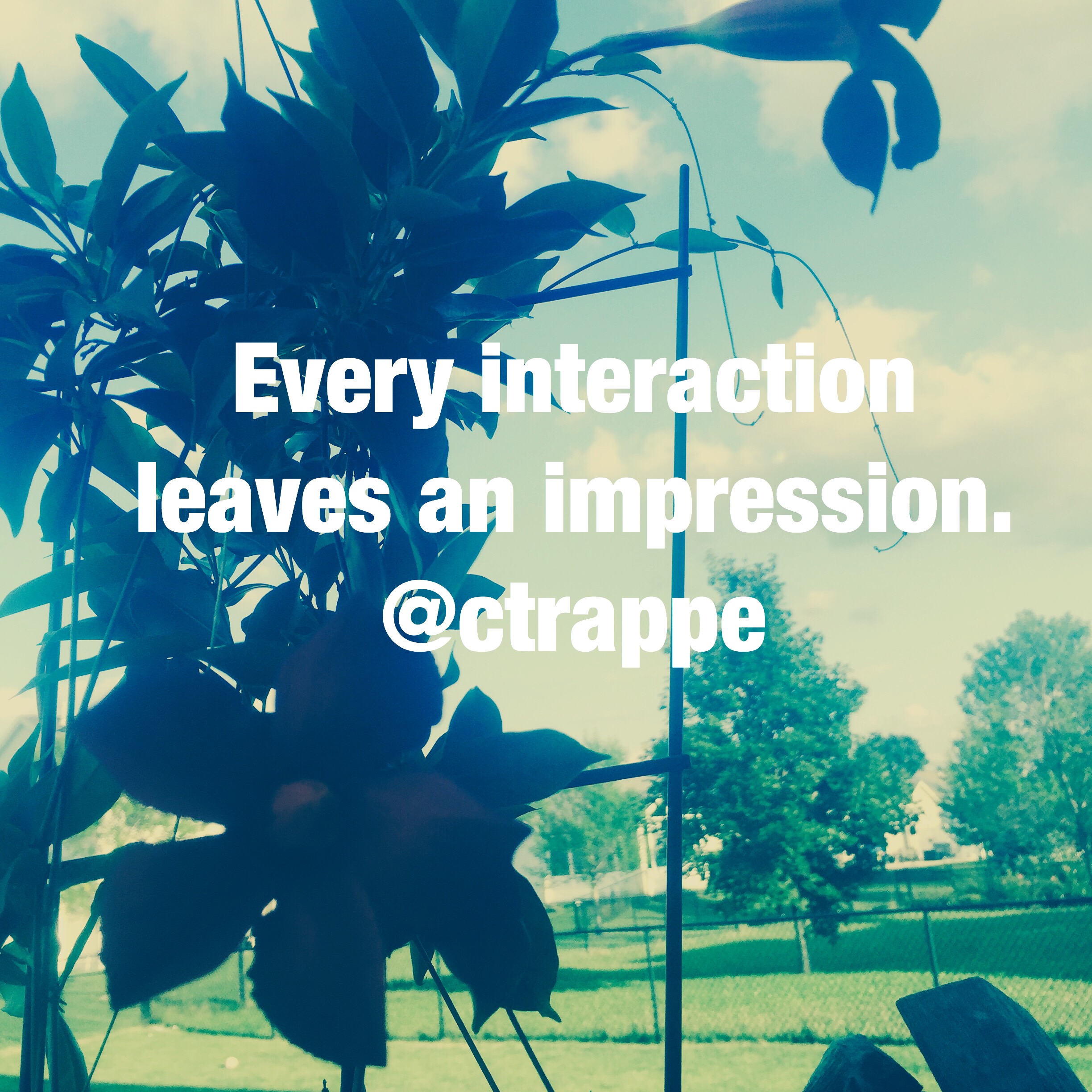 This can actually appear unfair to some people especially when to those seen as leaders or have authority, but it’s reality:

Every interaction has impact and that’s either positive or negative.

Sometimes, we may not even remember some interactions, because in our world it was a minor thing. The other person saw it differently.

We might say something to others. Didn’t hold the door for them. Maybe they perceived that we cut in front of them in traffic. Sometimes we never run across that other person again, but there are many whose paths we continue to cross.

If we see them rarely, for example, little interactions might count for more. That’s all they’ll remember of us until the next time. They write the version of their story of us based on that 10-second interaction. Unfair or not – it is what it is.

Seems potentially unfair and it can be. They may have misinterpreted your intent or even misheard what was said. Either way, they now have a certain story about you in their heads.

The only way to “control” or influence the story is by making sure our communication is crystal clear and you come across the way you want.

Sometimes, it’s likely okay to communicate with an attitude. Just make sure it’s the intent.

Short moments of interaction can lead to lasting memories.