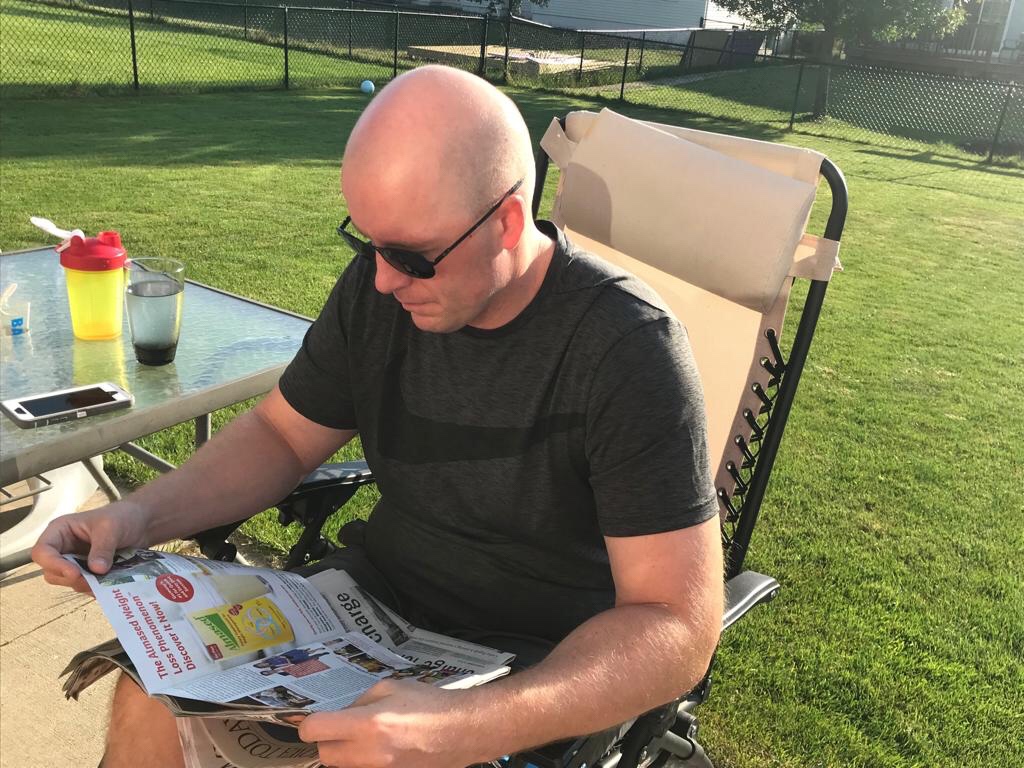 I remember the days when I was growing up and I would circle things that were going to be on TV in the next week. Back then we still got the TV guide in the printed newspaper.

I couldn’t wait. But I had to because that’s how you consumed anything back then. There were only a handful Of channels. No internet either!

The same was true with new products. Marketers would hype them weeks before they get released and we would wait to get them when they were finally officially being launched. Since I lived in a northern borough of Düsseldorf, Germany, I often would have to get on the subway and head into downtown to buy anything at a physical store. And then they didn’t have it my size. Oy.

I was reminded of this concept when Apple announces their new and slightly improved iPhones every couple months-#snark – and when I was reading some printed materials at home while sitting outside.

“This show launches on Amazon in four days.”

“This product is available for pre-order and should ship in a couple weeks.”

But does that hype now and get later approach still work in today’s now now now society?

The oversimplified answer is that we are in a transition. It still works but people are expecting things quicker and quicker.

But the traditional approach works and makes companies money. Think of Bob Woodward’s latest book on Trump and the White House. He was on all kinds of shows talking about the topics in the book. That’s basically marketing. Millions pre-ordered.

It’s probably similar with the iPhones. Pre-orders now accepted. I got enough marketing emails on that matter. I don’t even know if I want an iPhone with that big of a screen. I have small hands.

But asking people to set their alarm clock ⏰ to consume content later is an ok its way to outdated model. Why do you think live webinars see such a plunge in registrants to attendees. That’s partially why.

It was appointment viewing and when people signed up they appeared to have time. Or they had intentions. When the webinar then actually started and they got their reminder email a few moments earlier, they were busy with something else.

See, when I was circling shows in the weekly printed TV grid there wasn’t much else to watch. The options were limited. Instead of spacing off while using the iPhone, we spaced off staring into the distance.

Certainly, hyping something in the future can still work for marketers and especially when you can buy it now (see book sales). But customers do expect now now now. Maybe that should be v2 of my customer service books.

For me personally, and focus groups of 1 aren’t that valid as we know, there’s way too much content in front of me every second of the day that it feels impossible to circle back to something I heard about two weeks ago.

I kid that saving links to read later (and there are tools for that) is just like the old read later never stack of papers.

Like anything in a highly transitional phase: The answer is that it’s depends and is highly personalized. Also, please note that I was thinking about this while reading People and The Gazette. Both in print.

I paid for both subscriptions with United Airlines miles and of course when I signed up it said that the subscription will start in a few weeks! They got here much quicker but you can probably guess my reaction when I read that.

I hardly ever fly United and only have like 7 miles in my account, but this was a nice use of a small amount of miles. Something to consider if you fly sometimes but not often and need to burn some miles.