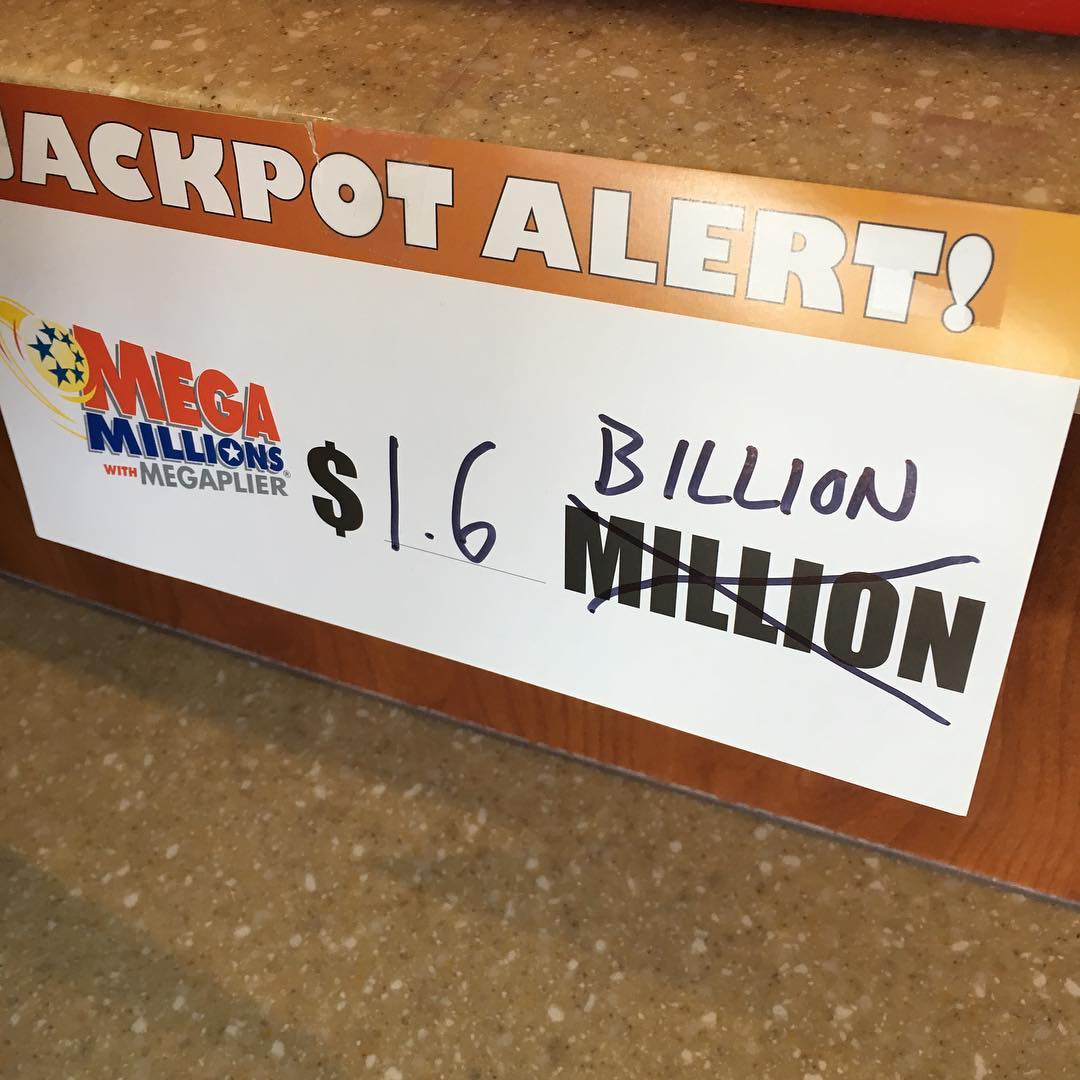 The Mega Million lottery game, which I hadn’t even played until this past weekend reached $1.6 billion for the next drawing. That’s a record and honestly also got me to buy a handful of tickets. I didn’t even know when the drawings were held (Tuesday and Friday nights at 10 Central).

Word of mouth marketing got me to buy my tickets. All kinds of people talked about it. And my wife texted me too: “Did you buy some tickets?”

I didn’t win – obviously – when it was at $1 billion and made it my plan the following morning to drive Uber  until I had enough cash tips – which are relatively rare as most people don’t tip or tip in the app – to buy the tickets with. But then on my first Lyft ride of the day, they gave a decent cash tip that I then took to a convenience store to buy Powerball tickets for that night. The Powerball also was at $500 million or so at the time.

In the store, I saw this sign on the counter:

The store simply write the current jackpot on the sign and hang it up. As long as it’s millions and not billions that works just fine. Of course, it’s now at $1.6 billion – which if I’m not mistaken is 1,600 millions. So they could have written 1,600 million on there, but thank you for not doing that.

Instead, the crossed out the million and handwrote billion. Well, done, but I can see some marketers who would pull out their brand police Halloween costumes if this was their brand and call a committee meeting to determine what should be done the next time this happens.

Not so the Head of the Marketing at the Iowa Lottery, Mary Neubauer who responded with the following when she saw my picture above: “Updating on the fly, as required in today’s real world! Good for our retailers and team for making it work.”

It’s very true, but sometimes, marketers make it too difficult. For example, I’ve been recording podcasts on my phone, like this one at IMEX 2018 in Vegas:

The audio sounds great (be your own judge here if you like) and it works most of the time. Many people I interview mention how other podcasts are much more evolved. People set up equipment. Think a radio studio. I’m not saying that’s bad. At all. But, my way is quick and gets the job done many times. I then dumb the footage to Google Drive or upload directly to my blog where it embeds as an audio player.

Sometimes, I add a step and do a live Twitter audio broadcast!

“There are many ways to get the story.” – @ctrappe #contentmarketing

And that includes using technology that works for us and it also involves not overcomplicating the process. So with that in mind it’s great to see the lottery being just fine with on-the-fly changes to marketing materials. No committee meeting or 15-step approval process needed. Just cross out the million for a billion.

“When things change as rapidly as they do in real time with lottery jackpots, we all just update and keep rolling,” Mary said in a Facebook comment. “The important thing is to provide information, and sometimes that means improvising!”