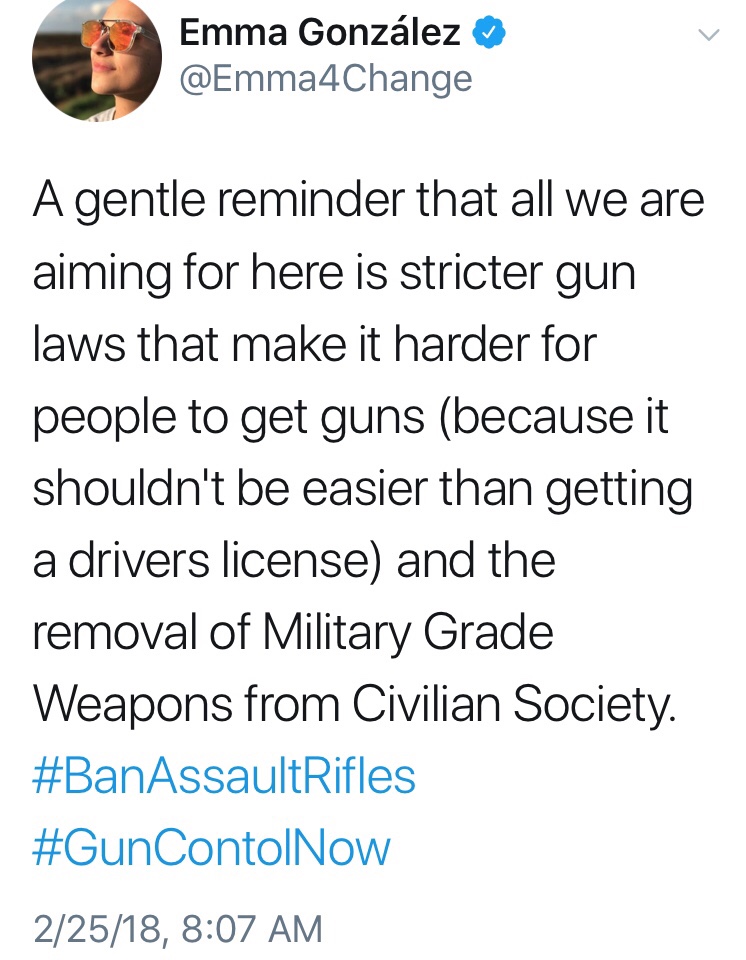 After the February 2018 Parkland school shooting in the United States there was an outcry again the types of rifles that were used and them being able to be bought by teenagers.

That outcry is warranted. Why do our children need to go to school in fear of shootings? Seriously! Something needs to be done.

In the wake of that shooting Delta Airlines (and others) have withdrawn support for the National Rifle Association. They will no longer offer discounted tickets to NRA members that are flying to the annual convention in May.

Then a Georgia legislator threatened to not push through legislation that would financially help Delta, which has a hub in Atlanta, Georgia.

Then Delta sent the following memo to employees:

This week, you have likely seen Delta in coverage of the national debate over gun control and security in U.S. schools.  I want to take the opportunity to update you on how we got here and where we stand.

On Saturday, Delta rescinded a one-time group travel discount for the National Rifle Association’s annual meeting, and asked the organization to remove our name and logo from their website. This decision followed the NRA’s controversial statements after the recent school shootings in Florida. Our discounted travel benefit for NRA members could be seen as Delta implicitly endorsing the NRA. That is not the case.

I have heard from many of you over the last few days. Our people and our customers have a wide range of views on how to increase safety in our schools and public places, and we are not taking sides. Our objective in removing any implied affiliation with the NRA was to remove Delta from this debate.

While Delta’s intent was to remain neutral, some elected officials in Georgia tied our decision to a pending jet fuel tax exemption, threatening to eliminate it unless we reversed course. Our decision was not made for economic gain and our values are not for sale. We are in the process of a review to end group discounts for any group of a politically divisive nature….

Some opinions out there were saying that Delta could just be quiet and didn’t have to participate in the public debate and releasing of statements.

Of course, there’s always something people can find wrong about any communications strategy if they want to, are in disagreement or are just in a mood to argue over something.

I’m guessing that American Airlines, which has their main hub in Dallas, will be flying the majority of NRA members to the annual meeting anyways. American didn’t offer a discount to begin with, by the way. This isn’t about NRA members anyway. I used to be one years ago even when I first went through firearms training after Iowa changed their concealed carry laws.

So, if you think I’m against guns and that’s why I’m with Delta’s communications team here – I’m not. But I’m against kids being killed while they are supposed to be learning in school!

So why do I like what Delta did from a communications perspective?

They announced their news on Twitter and other channels.

They then later sent out a memo to staff, which was later published on in their news hub as well. I have no idea if it was written with the intent to publish it, but really anything distributed to a large number of employees should be written like it’s going to go in the newspaper anyway. So no reason to not publish memos going to that many employees.

You see the “leaked memo” stories all the time. Might as well share it yourself and stand by your words.

It actually explained and even summarized quite a bit. I appreciate the transparency.

One of the pillars of Authentic Storytelling is to actually be public and share context, stories and even opinions. I take what they did most days over an organization that chooses to just be quiet and hope the news cycle moves onto something else.