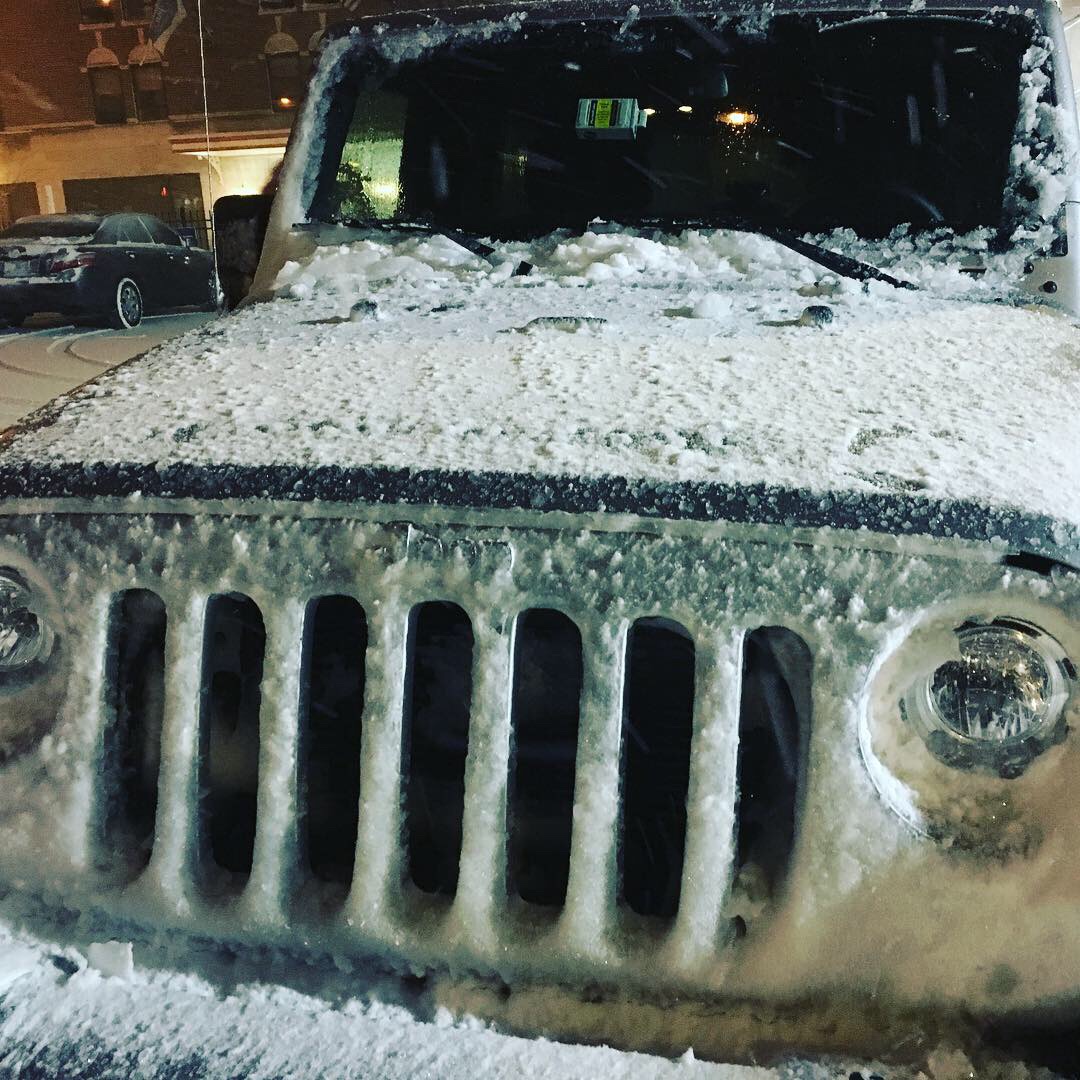 We flew into Chicago O’Hare after a trip to Europe in November 2018 while the Midwest was facing a blizzard. It appeared however that there was a very clear dividing line between an area without bad weather to the north and the blizzard to the south. And it appeared it hadn’t reached Illinois quite yet as we were landing and getting ready to leave.

All of my American Airline flights from Chicago home had already been canceled and I thought I could rent a car and drive a northern route to make it home ? safely.

That started off on the right foot until the snow started hitting our route. I guess we were just a little bit behind what I thought the schedule would be.

We tried to keep going but my speed kept decreasing and at some point the GPS tried to get me to go on side routes which I didn’t realize until I was on the outside without being able to see anything due to the snow.

Just like it is for many people it’s often easier to just keep going then to stop and adjust just one thing or another.

I see this in content marketing strategy all the time where people just keep doing whatever it is that they have been doing because that is what they are doing.

The same concept applies here I kept going and my speed continuously decreased and I was going about 15 to 20 miles an hour on average, by the time I realized that some change was definitely necessary.

No, I really couldn’t have gone all that much faster anyways but the reason I had to go that slow as opposed to maybe 30 or 35 or maybe even 40 was that the car totally started frosting over.

I did realize that I had to pull over but it was harder than said because I couldn’t see much.

When I finally found a place where I deemed it safe to stop I cleaned off the windshield wipers and the lights.

I felt like a new man or a new car or whatever.

I could now see so much better and almost decided that we could go the rest of the way home. Just by that slight change which I didn’t even realize for a while was so desperately needed it felt like we got a second wind.

Nonetheless, we decided to call it a night when we spotted the Hampton Inn by Hilton in Freeport, Illinois, on our GPS. The 17 mile ride still took us about 40 minutes though.

The view from the room:

I obviously had some unexpected cost on the trip with one day of a rental car and then one night in the Hampton Inn but I might be able to recover that cost with the refund that American Airlines has agreed to provide since they weren’t able to complete the final leg to Cedar Rapids with us. I don’t know what that figure is but given that we are traveling with two people I wouldn’t be surprised if it is approximately the same as what we paid for the rental and hotel.

Of course, this was a good opportunity to share another travel story and what to do in unexpected situations but it’s also a good reminder for content marketers who have to continuously look to refine processes.

It certainly was for me driving down snowy Highway 20 in Illinois and I certainly have experienced it in content marketing strategies. The times I find a new tool or a new idea on how to use the progress differently pop up here and there and often make life a lot easier.

So the takeaway might be to keep plugging ahead but always keep looking for new ways and adjustments along the way. Safe travels.