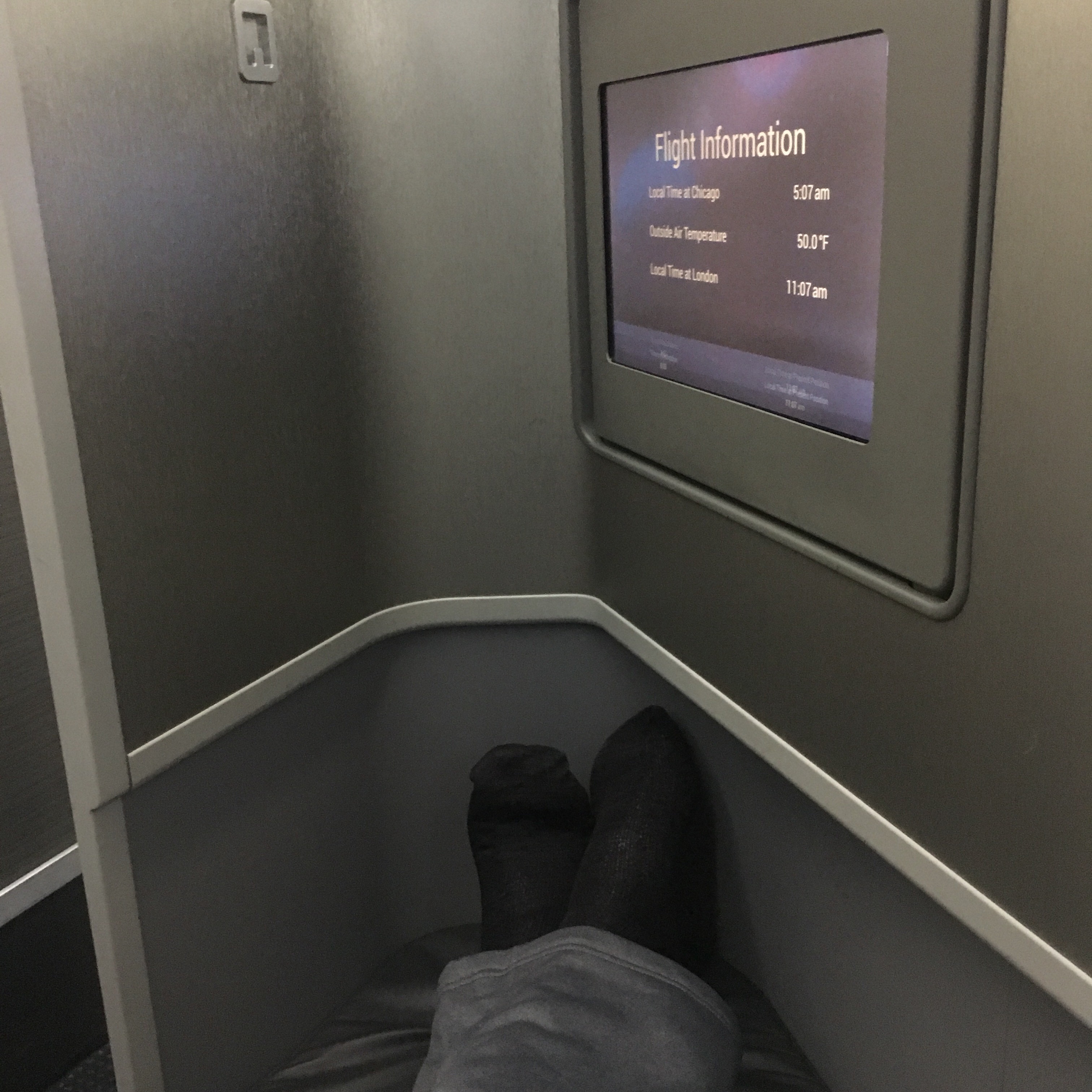 Given that my 10-year-old has dual citizenship (Germany and USA) and her grandmother, aunt and uncle live in Germany, I try to take her about once a year. Sometimes – like in 2018 – we even have two trips booked together.

It’s fun to travel together, hang out wherever we are going and spend quality one-on-one time.

Here we are at the Cathay Pacific Airline first class lounge at London Heathrow. As an executive platinum on American I can enter that for free and even bring a guest- even when not flying on them. Super nice lounge! ⭐⭐⭐⭐⭐

But back to the upgrade thing. I’ve previously written about how you can get a $6,000 business class seat for $350 or for free here. I’ve also written about the first time we had one upgrade and I gave it to my 10-year-oldwhile staying in economy.

Of course, I’m trying to get to the bottom of this whole upgrade thing and what the rules are. American has given me several different explanations. After having done this a few times now it appears that this is the system:

American tells me that I can request for us to be only cleared together, but I don’t know if that’s on my status or hers.

Anyway, so we book seats just outside business (aka Main Cabin extra). I book a middle seat and she books the aisle. If I don’t get upgraded I’ll sit in the aisle seat. If I get upgraded she can slide to aisle and my middle seat moves to business. This worked twice now and both times the middle seat ended up empty. We book like this so one of us doesn’t get stuck in a middle seat.

Once I stayed in economy on a 2018 trip and she did on another. Both times the middle seat remained empty after the relative late upgrade.

When I was upgraded from London to Chicago I was assigned 3D so closer to the front and she stayed in 9J. But I was able to change in the app to 7H, which meant we were basically sitting on the sides of this wall from each other:

Now, I could just take all upgrades, but depending on where the upgrade ends up being it’s probably safer to put the kid in business.

I evaluate each situation and then make the call as we go. I also try to split them up. You had the last two. I’ll take this one. That’s a good learning discussion, too. Sharing is caring or whatever.

There you have my latest Travel Games story. I’ll keep putting in for upgrades and when we get them at least one one of us can enjoy them.